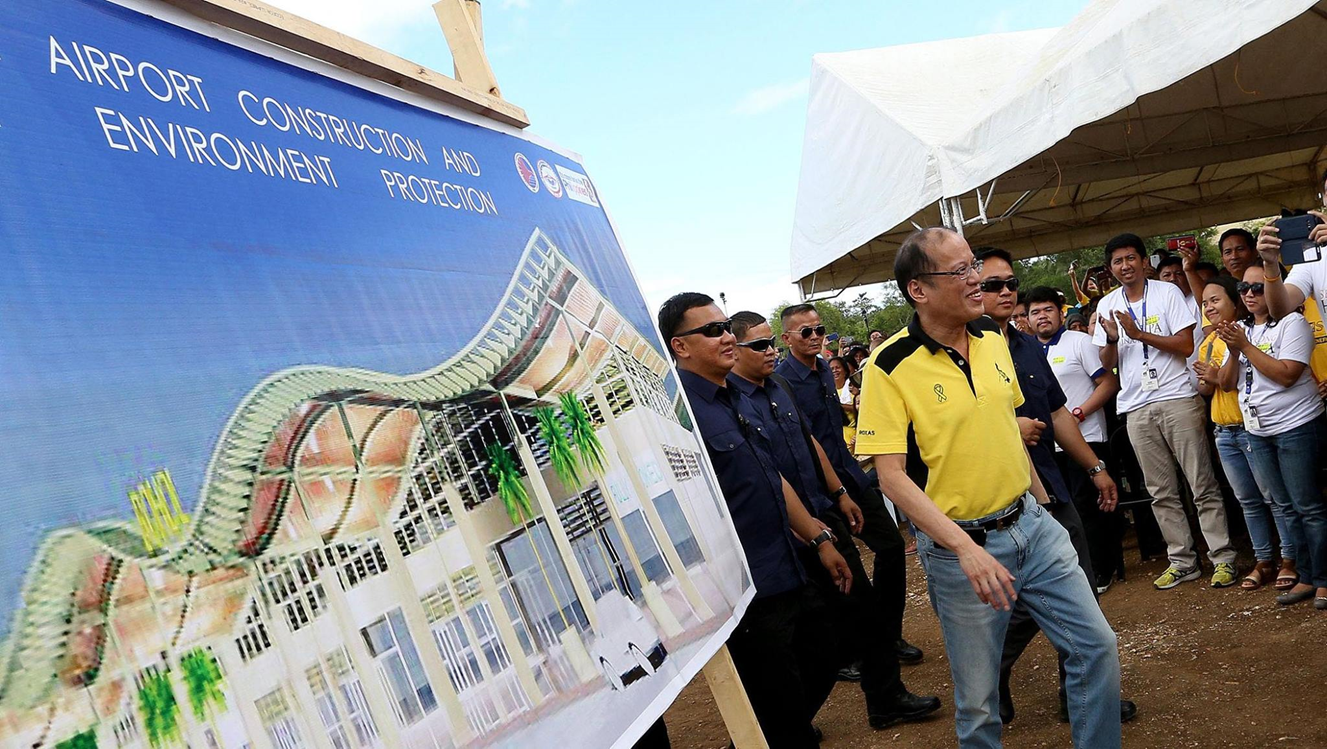 Former president Benigno “Noynoy Aquino III once said that he wanted to leave “this world better than he found it.” Almost a week after his death, tributes recounting his contributions to the country continued to pour in from various sectors, both locally and abroad, and across political lines.

In Bohol, First District Rep. Edgar Chatto who was governor of the province when Aquino was president from 2010 to 2016 praised the late chief executive for helping Bohol get back on its feet after it was ravaged by a 7.2-magnitue quake in 2013 and highlighted the establishment of the Bohol Panglao International Airport (BPIA) as one of Aquino’s contributions to Bohol.

While the BPIA was completed under the Duterte administration, initial funding for the project was secured during the term of Aquino through his PPP (private-partnership partnership) infrastructure program, Chatto said.

Aquino initially preferred to expand Bohol’s then-lone airport in Tagbilaran City but was later able to obtain funding for the mega project in Panglao through a partnership with the Japan International Cooperation Agency (JICA). The Chiyoda-Mitsubishi joint venture, which won the contract for the airport project, started construction in 2015.

“Pag assume nato as the governor of the province of Bohol in [2010], wala pay pundo ang civil works sa atong airport. In fact, we had to lobby to the president na ma tabangan ta na mapadayon ang proyekto,” Chatto said.

It took six presidents to complete what is now deemed the Philippines’ first eco-airport—from its conceptualization during the term of former president Corazon Aquino to its inauguration under the Duterte administration, which had ordered construction of the facility to be expedited.

The powerful National Economic and Development Authority Board approved the project under the Arroyo administration while acquisition of lots for the over 200-hectare airport complex went on during her term and those of former presidents Joseph Estrada and Fidel Ramos, said Chatto.

Chatto earlier touted the BPIA as an economic “game changer” for Bohol.

The facility is 10 times bigger than the province’s old and now-defunct airport in Tagbilaran and is capable of accommodating two million passengers annually.

It was projected to draw in investors and boost the accessibility of the province as one of the country’s top tourism draws.

Prior to the pandemic, the BPIA had started to cater to direct international flights from South Korea and Hong Kong.

When Bohol was devastated by a 7.2-magnitude earthquake in 2013, Noynoy immediately flew to the province, which was gripped by fear and uncertainty.

Chatto recalled how the president slept overnight in a tent in Loon town amid aftershocks that repeatedly jolted Bohol after it was hit by the calamitous quake.

“When the earthquake hit us in October 2013, President Nonoy immediately came to Bohol to oversee the search, rescue and relief operations. He was widely known to have slept in a tent in Loon and experienced the aftershocks with the rest of us,” Chatto said.

The president visited the hardest-hit towns including Sagbayan, Loon and Tubigon, as well as the province’s lone city, Tagbilaran.

Noynoy arrived at Tagbilaran Airport and immediately proceeded to the CPG Sports Complex where he checked on around 5,000 families who were evacuated due to the tremors.

The president made sure that Boholanos’ pleas were heard by opening a direct line between the province and Malacañang.

According to Chatto, Bohol’s sprawling four-story Capitol building was also established under Noynoy’s administration, replacing the old building that was abandoned after the earthquake struck.

Part of the old provincial Capitol building was converted into a museum by the National Museum (NM).

Many of the cultural monuments and heritage churches which were not spared by the tremor’s wrath stand erect once more today through Noynoy’s rehabilitation program for Bohol through the National Historical Institute and the NM.

Many of the quake-hit infrastructures and buildings in Bohol including seaports, roads, bridges, town and barangay halls, public markets and health centers, among others, have also been rehabilitated and are of better state than before the earthquake.

Aquino, who has been rarely seen in public since stepping down from office in 2016, died due to renal disease secondary to diabetes on June 24. He was 61.