Rescuers save family of 3 buried in Getafe landslide 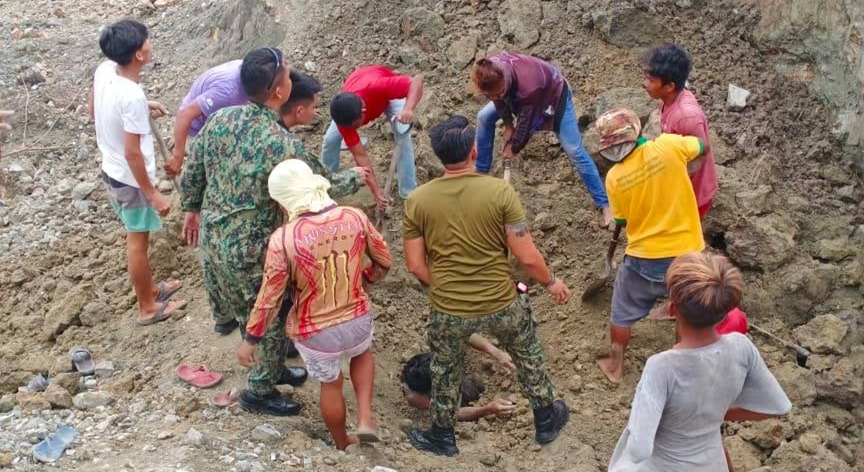 Rescuers save family of 3 buried in Getafe landslide

A five-year-old boy and his parents who were buried in a landslide at a quarry site in Getafe town were rescued by authorities on Monday afternoon.

According to Corporal Roel Botero of the Getafe Police Station, the family was extracting aggregates when they were buried underneath falling soil and rocks at past 2 p.m. in Barangay San Jose.

The family remained trapped for about 30 minutes with the boy completely submerged underneath the soil.

Botero said a passerby saw the incident and immediately alerted the authorities prompting the police to send a team to rescue the family.

Barangay officials and residents near the area also helped dig out the family.

Botero said the victims identified as Franco Torremocha, Elizabeth Cuajao and their son were in stable condition.

Cuajao and her son however sustained bone fractures.

They were initially taken to a hospital in Ubay but were then referred to the Governor Celestino Gallares Memorial Hospital in Tagbilaran City.

According to Botero, the family had permission from the quarry’s owner to collect aggregates in the area.