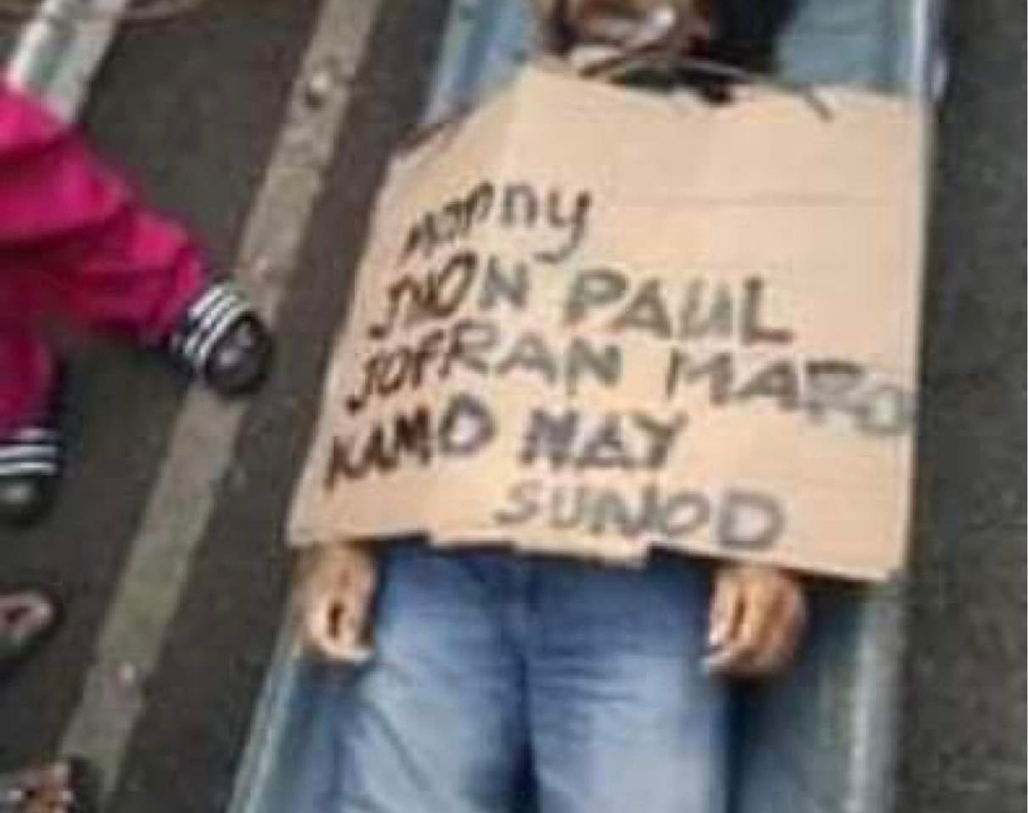 A drug offender was found dead hanging from a bridge in Guindulman and with a cardboard sign that named three persons believed to be friends of the victim apparently warning them that they would be “next.”

Senior Master Sgt. Angelito Gilondo, investigator for the Guindulman Police Station, said the fatality, identified as Roy Dela Torre, 43, was found hanging from the Tabajan Bridge in Barangay Tabajan by a fisherman at past 6 a.m. on Monday.

Initial doctor’s findings showed that Dela Torre died of “asphyxia by hanging” and there were no signs of struggle prior to death which may indicate that there was no foul play behind his death.

However, Guindulman police chief Major Erenieto Feniza said they will focus on the drug angle first instead of immediately ruling it a suicide considering that the victim was previously convicted of a drug charge.

Meanwhile, those named in the cardboard sign were confirmed to be friends of the victim and were also monitored for possible involvement in the drug trade but have no prior records with the police.

Feniza said he will order a background check on the three men and urged them to coordinate with the police to hasten their investigation and for their protection as well if they are in danger.

For his part, Candijay Police Station chief Major Gerald Luna also confirmed that Dela Torre, who was also known as “Tarok,” was arrested on April 5, 2015 during a buy-bust operation in the town.

He was released late last year after entering a plea bargaining agreement.

According to Gilondo, Dela Torre has not been going home to his family’s residence in Barangay Sawang.

He was last seen at his house briefly on November 10 along with several unidentified men.