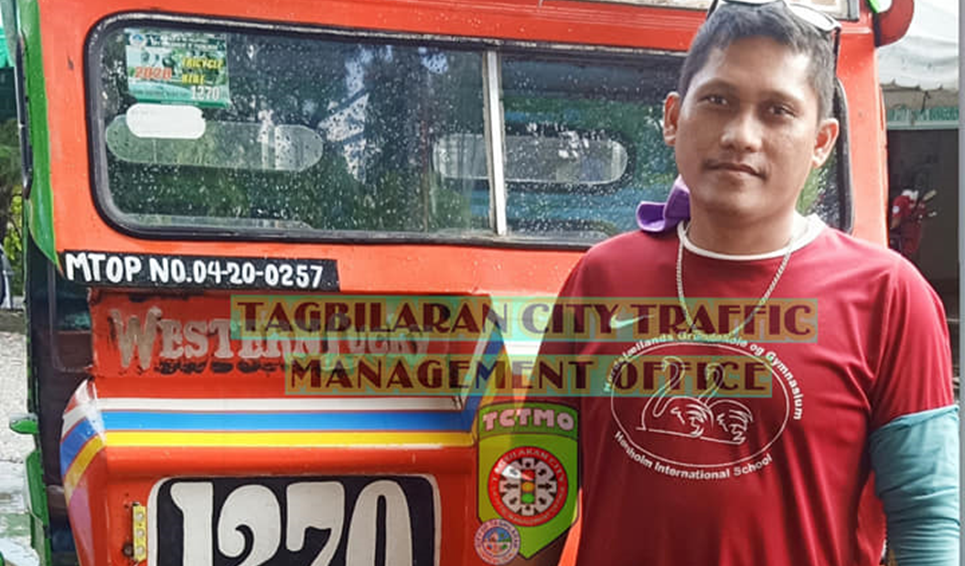 Even as informal workers struggle to survive the economic impacts of the pandemic, a tricycle driver turned over to authorities a wallet that contained over P10,000 which he found near a sidewalk in Tagbilaran City.

The wallet was eventually retrieved by the owner, a student who needed the cash to pay for his tuition.

According to Rey Ocul, 33, the wallet’s owner Christian Paul Baldisco, who had just picked up the cash from a pawnshop was elated to get his money back.

Baldisco rewarded Ocul with P200, which the driver initial turned down but eventually accepted as the former insisted.

Ocul explained that he found the wallet along CPG Avenue in Tagbilaran City on Wednesday afternoon and immediately turned it over to the City Traffic Management Office (CTMO), where Baldico shortly after claimed the lost item.

Ocul, a father of three children, said it never crossed his mind to keep the money for himself.

It was not the first time that Ocul, who has been a tricycle driver for 14 years, returned a lost item and money.

Ocul recalled having given back cash and a bag to two of his passengers who left their belongings in his tricycle in the past.