Governor Art Yap, who filed an inciting to sedition complaint against Chronicle associate editor Peter Dejaresco, has acknowledged the Bohol Chronicle Radio Corporation’s (BCRC) long history of “reporting the truth” but alluded that the media company started to veer from that path by allegedly showing partiality in its coverage of his administration.

“I don’t think The Bohol Chronicle will stay in business that long if they did not pursue the truth. Mao na I believe that on their anniversary they must go back to what they were doing which is not only reporting the truth but also to report it fairly to all parties concerned,” Yap, during his weekly press briefing on Friday, said in reference to the 60th anniversary of DYRD, BCRC’s radio broadcasting arm.

According to Yap, BCRC is not what it used to be and has been peddling “lies” through its twin media entities, prompting him to file the case against Dejaresco, and two others.

Dejaresco, in response, said that Yap may have only changed his mind about BCRC when he found out that the media organization would not be “subservient” to his administration and “would not hide the truth” if it appears to negatively impact the governor.

Yap has been publicly vocal against the Chronicle after a series of reports that have been deemed to be unfavorable to his administration, with the governor previously calling the media outfit “part of the opposition.”

First among the reports that irked Yap was the Chronicle and DYRD’s reporting on his 90-day preventive suspension over graft charges which were elevated to the Sandiganbayan in 2019, just a few months after he took over the gubernatorial post.

Dejaresco confirmed that he received a text message from Yap calling him out for reporting the news, which the veteran newsman believed to have been the starting point of the governor’s animosity towards the media group.

“That text message from the newly installed governor gave an idea of an onion-skinned public servant who was not open for news coverage that would not fit his style of reporting things to the public. It gave me a hint that this kind of a government official would like the media to suppress some news which he would not like to be shared to the public,” Dejaresco said.

In his text message to Dejaresco at 9:09 a.m. on Oct 30, 2019, the governor questioned DYRD’s reporting on his pending suspension, saying “Why is Alagad pushing the suspension issue? Many are calling to alert me. I answered I do not know.”

The governor appeared to have wanted Dejaresco to refrain from covering the issue, adding in his text message that “Dytr called me they will not push it. I am surprised it’s dyrd that is pushing it.”

In the same message, Yap also called out Dejaresco for previously discussing the issue on high prices of fish in Bohol over station DYRD’s “Inyong Alagad” program.

While questioning DYRD’s handling of news coverage on himself and his administration, the governor reminded Dejaresco of his help in renewing the franchise of the station.

“Funny that the station I helped extend its franchise even when it was expired is the one that was hitting the fish issue yesterday and the suspension today,” the governor was further quoted as saying in his text message to Dejaresco.

According to Dejaresco, he would not have accepted Yap’s assistance had he known that the governor was expecting BCRC to be silent on negative issues involving the official in return.

“In my reply to the governor, I said ‘If your efforts for our franchise renewal was something loaded for your personal benefit then we could have declined your help,’” Dejaresco said.

“Every time I hear him mention his help on our franchise renewal, it is just like saying ‘you owe me a lot and thus stop reporting anything negative about me,’” he added. 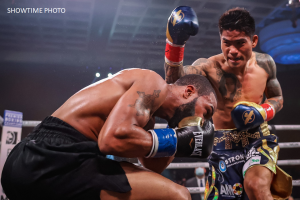 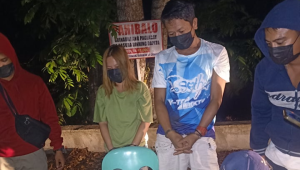 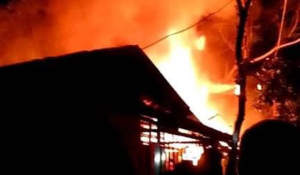 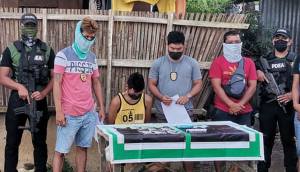