‘Odette’-hit provinces to get 756K rice packs from China 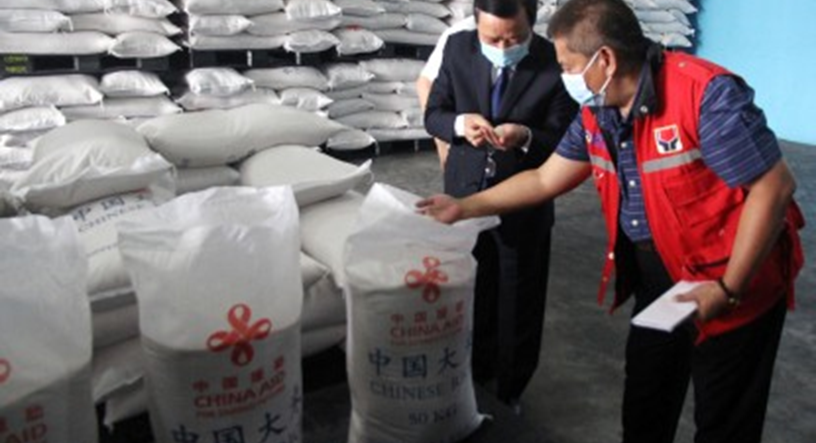 ‘Odette’-hit provinces to get 756K rice packs from China

MANILA – More relief packs are on their way to typhoon-hit Visayas and Mindanao after the Chinese government on Wednesday turned over 150,000 sacks of rice to the Philippine government.

The 4,725 metric tons of goods complete the 10,000 metric tons rice donation the Chinese government earlier pledged to the country, which came as the Philippines launched relief efforts in the aftermath of Typhoon Odette that battered the country last week.

“The arrival of this China rice is so timely that we could use them in the repacking of food packs for the victims of Typhoon Odette. On behalf of the Philippine government, we express our heartfelt gratitude to the people of the People’s Republic of China for their generosity and untiring support to the Philippines,” Social Welfare and Development Director Emmanuel Privado said during the turnover in Pasay.

At least 756,000 families are set to benefit from the rice donation, which will be included in government food packs that are up for distribution in Siargao, Dinagat Islands, Cebu, Bohol, Negros Oriental and Occidental, Bacolod, Iloilo, and Palawan.

Chinese Ambassador Huang Xilian, who formally turned over the rice aid, said at least 1,500 metric tons (MT) of the donation are already in Cebu while 3,225 MT are in Manila for immediate deployment.

“I am relieved to see that in response to the disaster, the Philippine government and people have promptly launched orderly and efficient rescue and relief operations. I look forward to the China-aided rice playing its role in the relief,” he said.

Privado said transportation remained a challenge in reaching the typhoon victims but more than 20 trucks carrying 1,000 to 1,400 food packs each were in transit to different areas in the Visayas and Mindanao.

“Ngayon talaga nagpi-pile ang trucks sa ports (Right now trucks piled up in ports). But our deliveries are continuous,” he said in an interview.