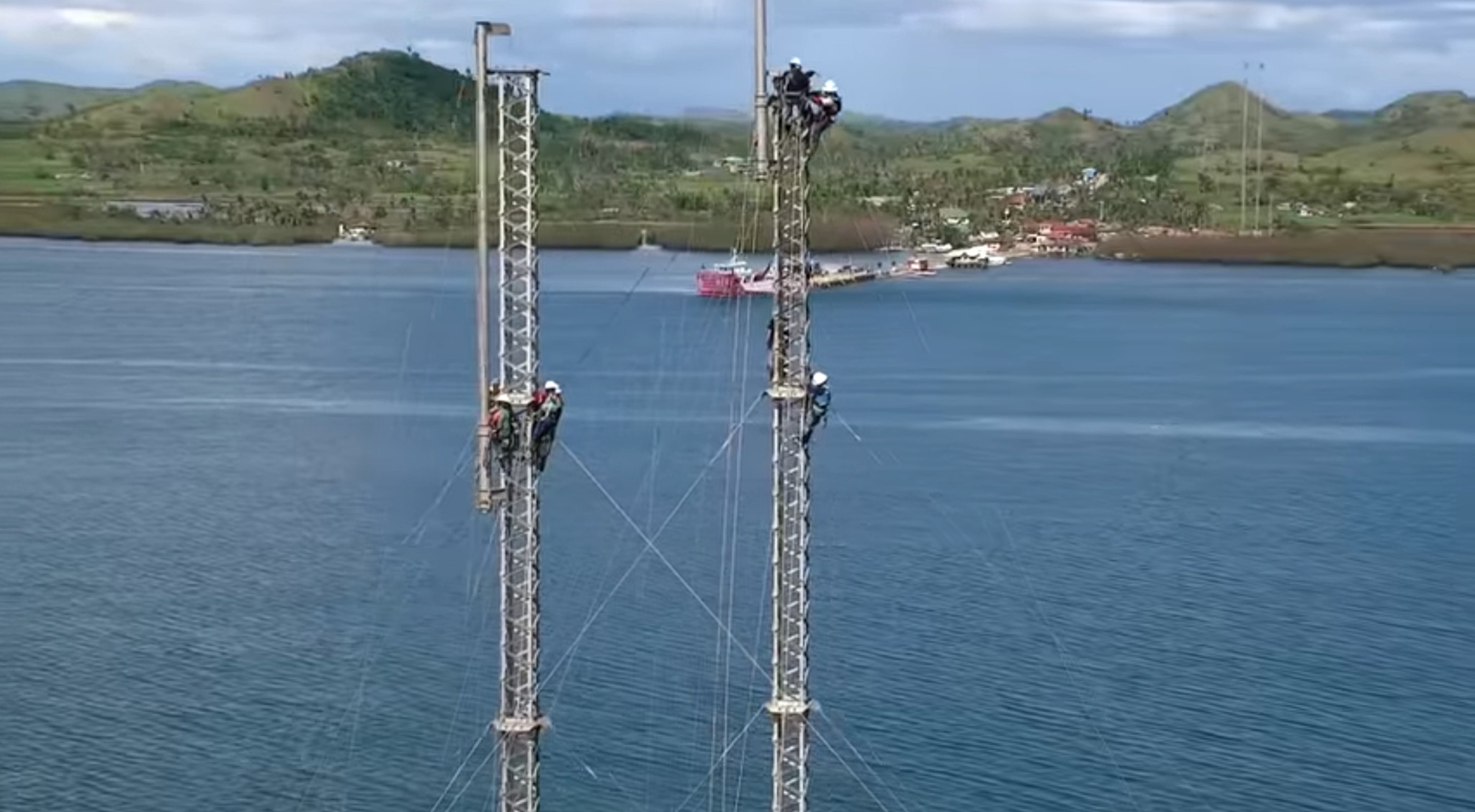 Stringing at the six temporary towers erected to connect power from the Leyte Geothermal Plant entered its third day on Sunday.

The National Grid Corporation of the Phils. (NGCP) reported the completion of the erection of six 200-foot towers under the Emergency Restoration System (ERS).

As of yesterday, one cable was already up while two more cables will be worked out today.

Once completed, “test energizing” will follow, according to Betty Martinez, the NGCP spokesperson

This stage will be “testing without load” yet from the Leyte Geothermal Power Plant.

The stringing is 1.1 kilometers between Towers 39 and 40.

Barring unforeseen technical hitch, power from Leyte is expected to be re-energized by Feb. 15, the latest.

Martinez said the power generation from the Leyte geothermal Plant will be tested once the stringing of the cables can be completed within this week.

Once power from Leyte can be re-energized under the ERS set-up,  NGCP will start working on the full restoration of the original towers at 139 meters high equivalent to a six to eight-story building.

Meanwhile, in the city, Bohol Light Co. Inc (BLCI) reported that as of yesterday, 8,105 connections were energized which is 54% of the 14,987 connections ready to be energized once power is available, according to BLCI manager, Engr. Boyet Regis.

Bohol Electric Cooperative (BOHECO) II, Manager Eugene Tan reported that 154 out of 476 barangays have been restored (32.2%)  while 14.4% of households were restored with normal power.

The towers were accordingly designed to withstand 100 kilometer winds, but typhoon Odette’s spawned gusts
proved to be too much, crumpling the towers and making a steel wool out of them.

The special towers, fabricated in Germany, have to be replaced, but with Basiao channel a key nautical highway, stringing high tension wires above could be a huge risk of electrocution for the ships.

Ordering a fabricated new tower designed to withstand winds stronger than Odette is NGCP’s long term plan, but the company knows Bohol can not wait for that to happen.

The NGCP’s Emergency Restoration System towers come to the rescue in the meantime.