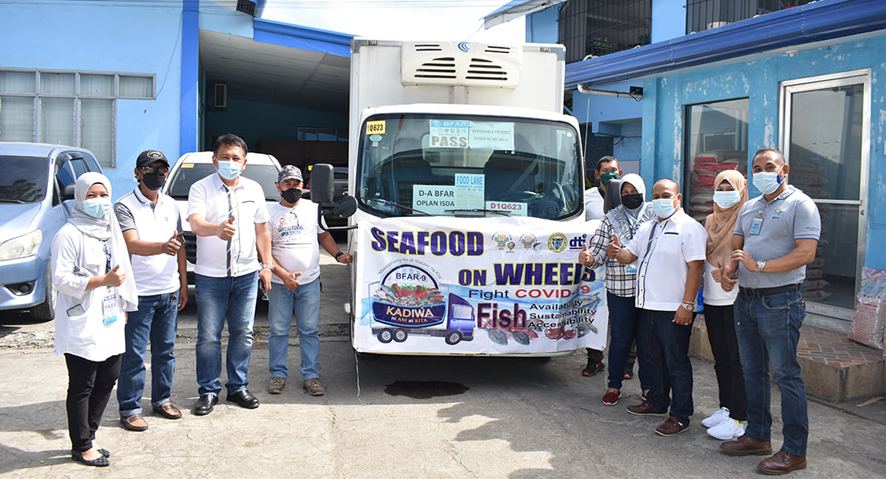 ZAMBOANGA CITY – The Bureau of Fisheries and Aquatic Resources in Zamboanga Peninsula (BFAR-9) has launched a three-in-one mission for the benefit of Typhoon Odette victims in Central Visayas, specifically in the province of Bohol.

BFAR Regional Director Isidro Velayo said Tuesday a total of 21 boxes equivalent to 620 kilograms of fresh and chilled fish were sent to Bohol for the Oplan Isda program of the agency.

The team arrived Tuesday in Bohol.

“The program aims to establish a direct link between the producers, traders, and consumers to ensure a steady supply of affordable fish in fish-deficient areas of the country,” he said.

He said the fresh and chilled fish was supplied by the Zamboanga City Fresh Fish Brokers Cooperative, one of the exhibitors of the “Kadiwa on Wheels” of the Department of Agriculture.

The BFAR-9 refrigerated van is particularly used to provide transportation and marketing assistance to fishery associations and cooperatives and ensure that quality and affordable fish will be made available to consumers.

Aside from fish, Velayo said assorted fresh fruits, vegetables, crops, and processed products that came from Zamboanga City, Zamboanga del Norte, and Zamboanga Sibugay are available in the “Kadiwa on Wheels”.

Velayo said the team will also deliver soon the second wave of relief assistance for the victims of Odette consisting of 36 boxes of canned sardines from the local canning industry and PHP122,050 cash assistance courtesy of BFAR-9 employees.

The province of Bohol was among the areas severely affected by Odette that hit parts of Mindanao and the Visayas country in December 2021. (PNA)