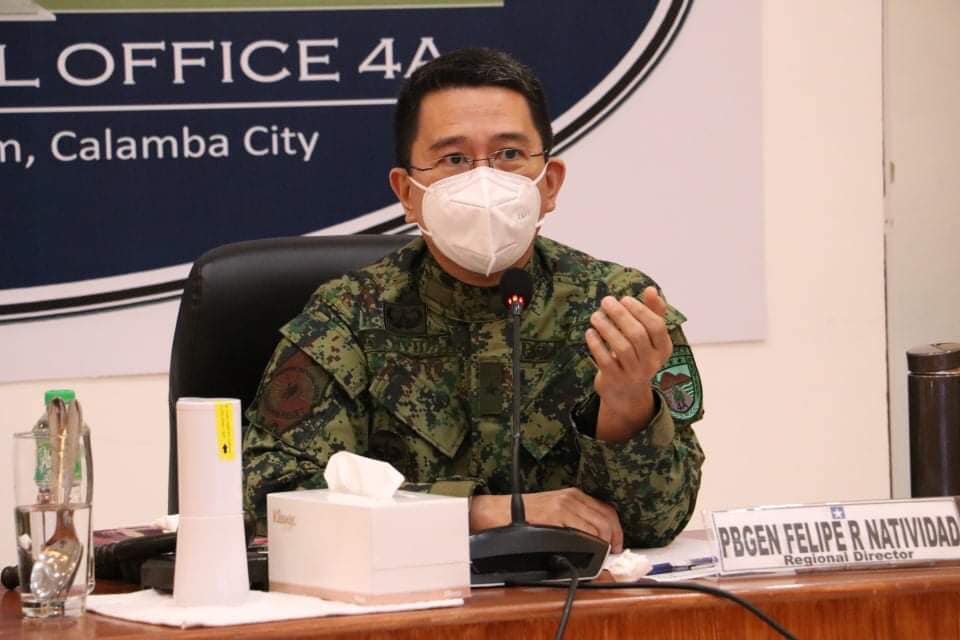 Former Bohol Provincial Police Office (BPPO) chief Major Gen. Felipe Natividad who led Bohol’s police force in hunting down the Abu Sayyaf Group (ASG) bandits who slipped into the province in 2017 has been installed as the director of the National Capital Region Police Office (NCRPO).

He replaced Maj. Gen. Vicente Danao Jr., who was appointed as chief of the PNP Directorial Staff, the fourth highest rank in the PNP.

In his speech during the ceremony, Natividad thanked President Duterte for his appointment as the chief of the NCRPO, which he acknowledged as a role model among regional police offices.

“If I were to be asked what will be the direction of my leadership, the NCRPO is the show window of the entire Philippine National police, being located at the center of commerce, most accessible,” Natividad said.

“If we want to introduce change in our unit, accomplish greater things for our country, and if we want to deliver on it our mandate, it all starts with the quality of police officers we have,” he added.

Natividad also bared his plan to sustain the gains achieved by his predecessor.

Similarly, Natividad vowed to build on the achievements of his predecessor, now-Major Gen. Dennis Agustin, when he took over the BPPO’s helm in 2016.

Natividad, a member of the Philippine Military Academy’s Class of 1990, was the BPPO director from July, 2016 to January, 2018.

The BPPO was under his command when a group of 11 ASG militants entered Bohol through Inabanga to conduct kidnappings but were foiled by the police and military.

The incursion led to an initial gun battle between the ASG and state forces that left four bandits dead. This led to a month-long manhunt operation by the police and military that eventually led to the deaths of the remaining stragglers.

After Natividad’s stint in Bohol, he went on to become the chief of the Police Regional Office PRO) 4-A (Calabarzon) then director of the PNP’s elite Special Action Force before being named NCRPO director.

In recent years, NCRPO directors have been noted to be poised to become chief of the PNP.

Four of the immediate past NCRPO chiefs before Danao, namely Oscar Albayalde, Camilo Casolan, Guillermo Eleazar and Debold Sinas all rose further in the ranks to become the country’s top cop.