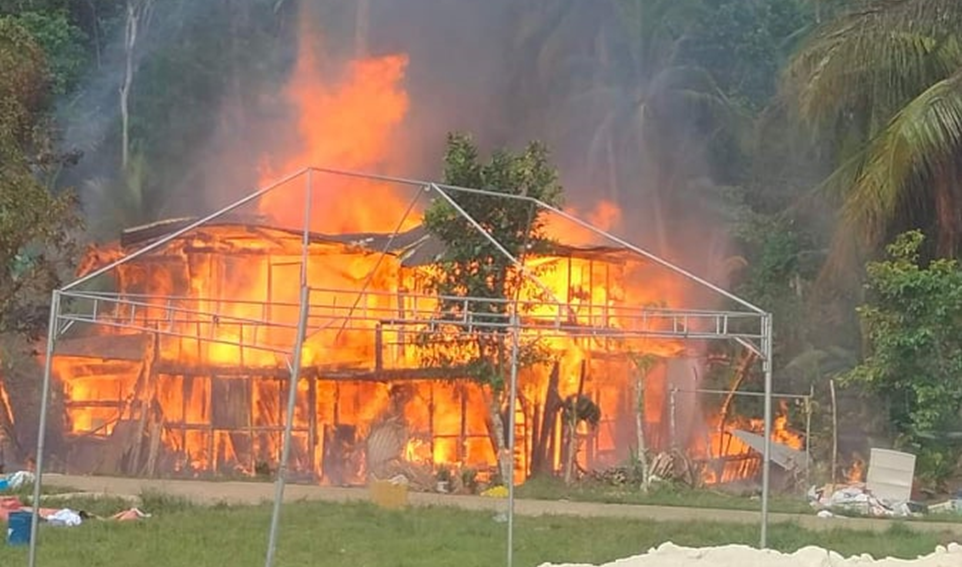 A fire which erupted on Saturday afternoon razed a two-story house which was left unattended in Bilar town.

No one was injured during the incident but the blaze left P50,000 in property damages at the residence which was made of light materials, said FO1 Arnold Tutas of the Bilar Fire Station.

According to Tutas, the fire started due to an open flame, used to cook rice which then spread throughout the house owned by one Angelo Oppus.

No one was inside the house when the fire started.

Tutas added that the fire erupted at 3:26 p.m. but the Bilar Fire Station was notified of the incident at past 3:40 a.m.

The fire had already completely burned down the house when authorities arrived at the scene.