NGCP to resume transmission of Leyte power to Bohol today 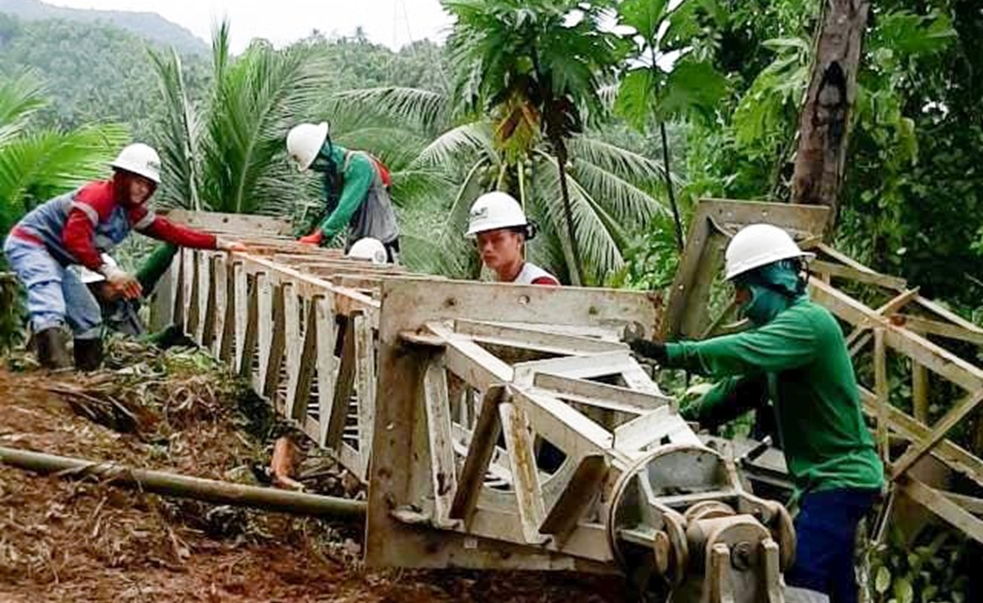 NGCP to resume transmission of Leyte power to Bohol today

Barring any hitches, the National Grid Corporation of the Philippines (NGCP) will resume transmission of power from Leyte to Bohol on Monday, a week after four of the firm’s towers were damaged by Tropical Depression Agaton cutting off the two province’s power interconnection.

NGCP Visayas spokesperson Betty Martinez said they completed the establishment of Emergency Response Systems (ERS) that will transmit power from geothermal power plants in Leyte to Bohol by temporarily bypassing the storm-hit towers in Baybay, Leyte.

Based on statements issued by the power transmission firm, their linemen continued work throughout the Holy Week to erect the ERS.

Martinez however could not provide an exact time for the resumption of power transmission from Leyte.

According to the NGCP official, they have also completed the two new special towers in Ubay and President Carlos P. Garcia which replaced towers toppled by Typhoon “Odette” in the same towns in December.

Starting midnight on April 11, Bohol, which remains largely dependent on power from Leyte, was cut off from the grid due to “Agaton” which toppled one transmission tower in Leyte and affected three others.

Power generated from both facilities were also insufficient and failed to meet the province’s power demand estimated at 90 megawatts, forcing the DUs to follow a power rationing scheme. (A. Doydora)