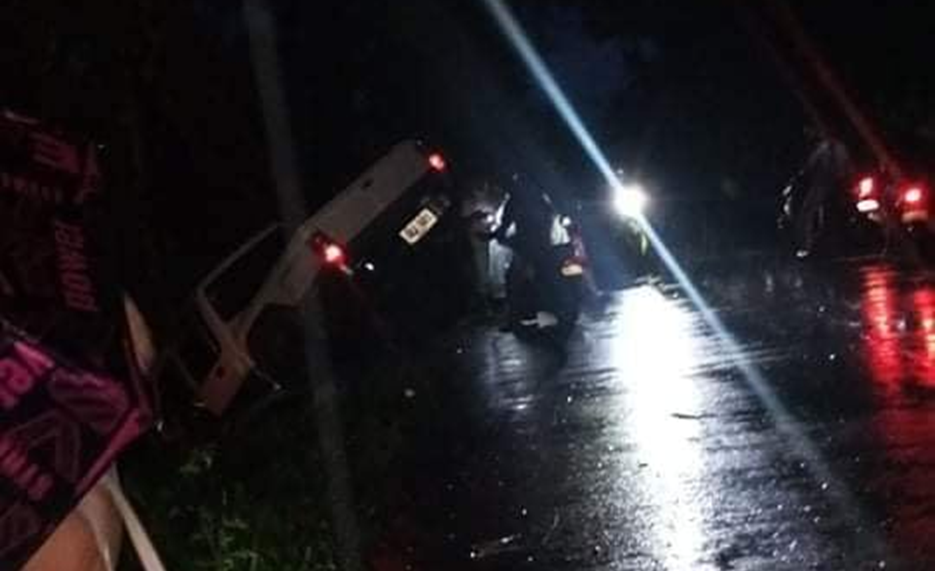 A 20-year-old man died after his motorcycle and a pickup truck collided head on along a provincial road in Baclayon town on Tuesday night.

According to Sumaoy, both vehicles collided at a winding and uphill road in Barangay Payahan at past 7 p.m.

Following impact, Vale’s motorcycle was thrown off the road causing it to fall into a six-meter deep ravine.

Vale’s passengers Samantha Inoc, 21, and Jaime Vale, 20, were rushed to a hospital but were discharged on the same day.

Based on the police’s initial probe, all three persons on board the motorcycle were not wearing helmets during the incident.

Meanwhile, the Mitsubishi Strada pickup truck which was driven by Erenio Gabato, 52, an employee of the Sikatuna municipal government, almost fell to the side of the road but was stopped by a tree.

Sumaoy said none of the three who survived the incident could pinpoint what caused both vehicles to collide.

Gabato was detained at the Baclayon Police Station pending the decision of Vale’s family to whether or not file charges against him. (AD)