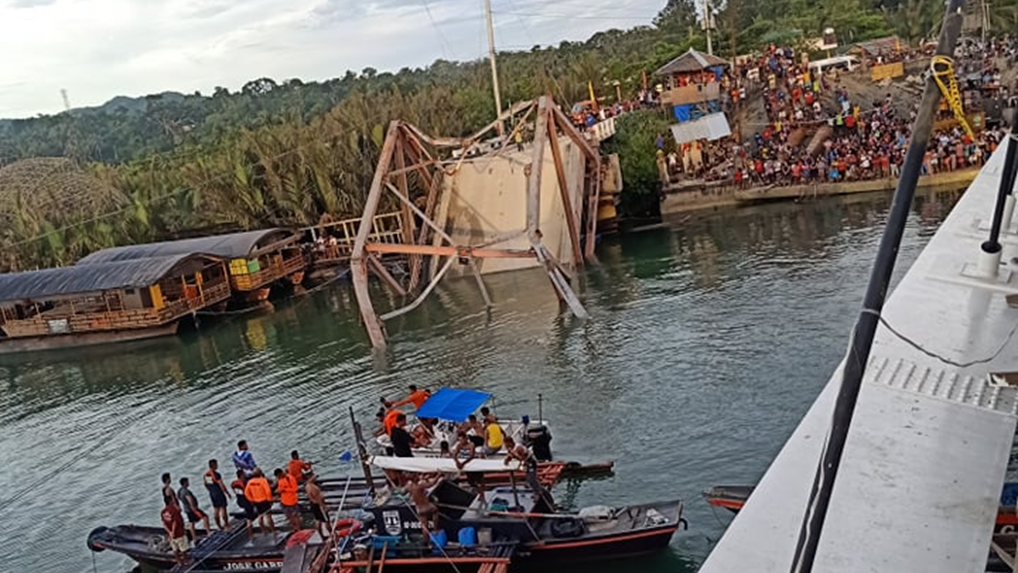 MANILA – Malacañang on Thursday condoled with the families of four persons who died after an old Clarin Bridge in Loay town, Bohol collapsed Wednesday afternoon.

“We express our condolences to the families of the victims who perished with the collapse of a bridge in Loay town in Bohol,” acting presidential spokesperson and Communications secretary Martin Andanar said in a press statement.

Andanar said the Palace will pray for the “swift recovery” of the 20 others who were injured during the incident.

He also assured that investigation is ongoing and that assistance will be given to all casualties.

“Authorities are currently conducting an investigation even as we assure everyone, especially affected residents and communities, of government assistance,” he added.

Local police said at least 12 vehicles fell into the river when the old bridge collapsed at around 4 p.m. on Wednesday.

Rescuers conducted dives to locate the vehicles and persons who may have been stuck inside their cars.

Of the 12 vehicles underwater, six were four-wheeled cars, one dump truck, three tricycles, and two motorcycles.

Initial reports from the Department of Public Works and Highways (DPWH) showed that the bridge may have collapsed due to “overloading.”

The provincial government of Bohol vowed to extend “full financial assistance” to the victims and survivors of the tragedy.

The bridge was damaged during the 7.2 magnitude earthquake in 2013 but was still being used while motorists waited for the new bridge beside it to be finished.

The new bridge that would replace Clarin Bridge is set to be open to the public by June this year. (PNA)