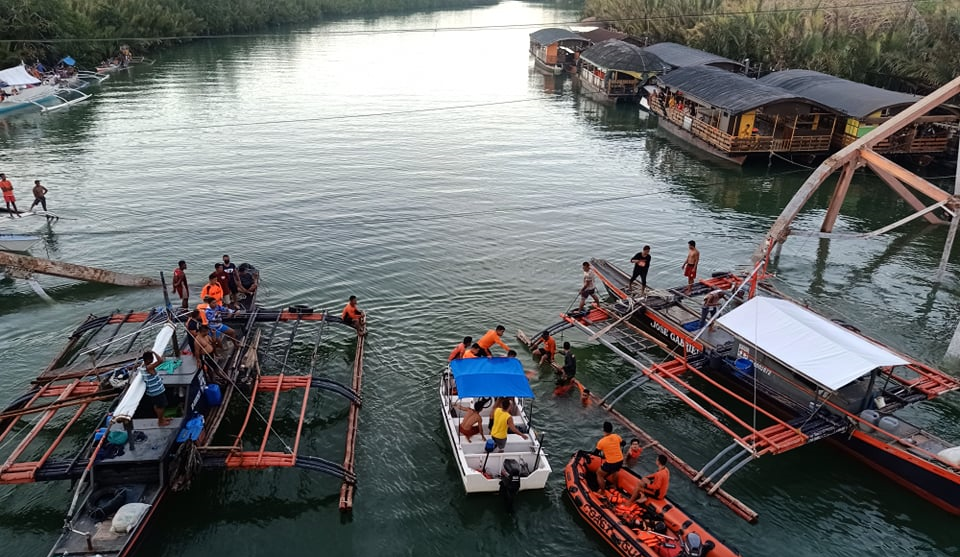 Authorities are still not discounting the possibility that more bodies remain submerged in waters surrounding the fallen Clarin Bridge’s wreckage, even after daylong diving operations yielded no new discovery of victims’ remains on Thursday.

According to Provincial Disaster Risk Reduction and Management Office (PDRRMO) chief Anthony Damalerio, there is still a possibility that bodies will be discovered after the vehicles that fell with the bridge in Loay town are pulled out of the water.

He noted the possibility of some bodies being pinned down under vehicles or stuck in between them.

The salvage operations will be carried out by the Department of Public Works and Highways’ (DPWH) third engineering district and volunteer divers.

So far, authorities have confirmed that four persons died after the Clarin Bridge collapsed while 24 others survived the incident.

According to Damalerio, all 24 survivors did not report having companions who are still unaccounted for.

None have also approached authorities overseeing the post-tragedy operations to report a missing person.