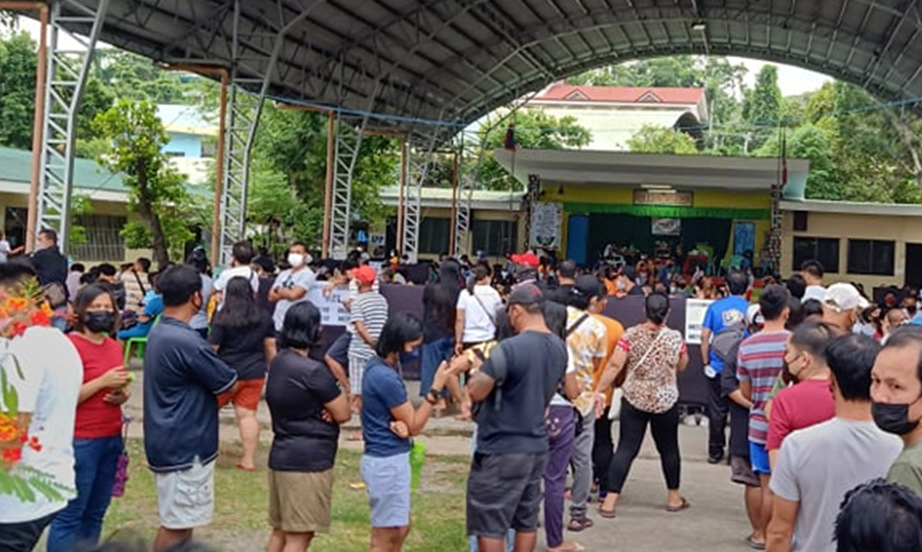 Blatant violation of the prohibited acts, particularly the prohibition on distribution of campaign materials on election day, had also been reported.

As to reports on distribution of campaign materials, Palgan assured to call the attention of police officers and peacekeepers deployed around voting premises to check on such violations.

Palgan admitted though that there are crowd bottle-necks at the voting precincts as the policy of the Comelec now is to ensure that voters already got their complete information as guide before proceeding to cast their votes at their assigned voting precincts.

To ease the bottle-necks, voters are first gathered at the covered courts of the schools that are utilized as voting centers where they would get the details on their voting areas before proceeding to voting precincts.

Most precincts started at 6 am, while some had not yet started by past 8 am.

Some hitches in the installation of the vote counting machines delayed the start of the voting. These, however, had been resolved by 8am.

Palgan also explained that while there might be no priority numbers for for persons with disabilities, pregnant women and senior citizens, they are given priority at the queuing lanes.

Also, those who render poll services such as the members of the board of election inspectors are also given priority and are allowed to cast their votes first but at the precincts where they are assigned and not at their regular polling places.

Palgan explained that they no longer implement the number system this time to avoid past experiences where some persons, who are not even voters, would get more than one number and distributed it somewhere else and this resulted to chaos.

Tagbilaran City has 97 clustered precincts, each catering to a minimum of 100 voters and maximum of 800 voters.

Voting closes at 7 pm today, however, those who are already at the voting premises before 7 pm will be accommodated.

Palgan reminds the public that liquor ban is still in effect until 12:01 am of May 10.

As to the concerns on the chaos in the queuing system, Palgan advised voters to utilize the information sheets distributed earlier to serve as their guide and speed up the process so they would not have to stay longer inside the voting centers.

Palgan also said there are medical teams deployed at the vicinity of voting centers to respond to emergencies.

He also pointed out that they cannot just allow indiscriminate entry of vehicles for security purposes and only those with reasonable reasons are allowed entry at the voting premises.

There are also reports from Dao and Cogon voting centers about disregard of the wearing of face masks and physical distancing because of the chaotic queuing system.

Senior citizens have the most complaints, saying that the current system being implemented has been inconvenient to them that they opted to return home without having cast their votes.