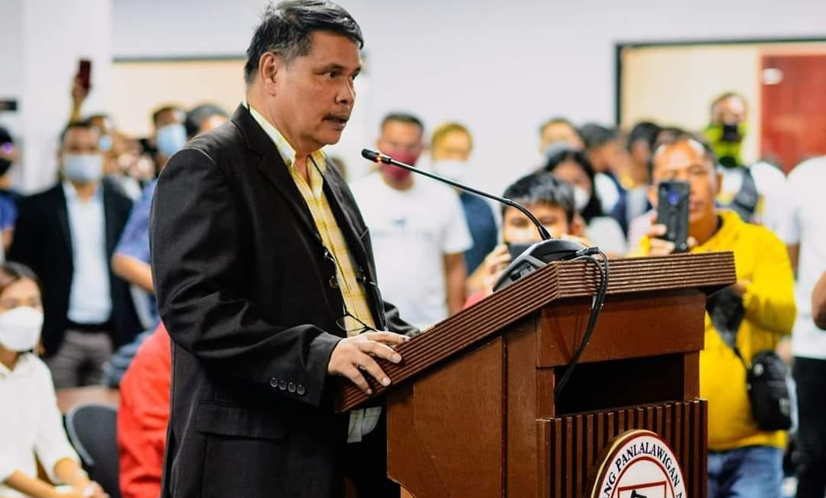 Veteran journalist Atty. Danilo “Dandan” Bantugan, the publisher of the Bohol Sunday News, has died at the age of 57.

This was confirmed by his daughter, Atty. Emilee Bantugan.

According to Emilee, Danilo died in his sleep at their home in Lindaville Subdivision, Tagbilaran City at past 3:00 a.m. on Thursday.

Emergency responders of the Tarsier 117 tried to revive Danilo but he remained unresponsive.

According to Emilee, Danilo did not show signs of being ill and was not experiencing any severe symptoms before his death.

A day prior to his death, Danilo followed his daily routine and was still able to attend a meeting of Governor-elect Aris Aumentado’s transition team which he was a part of.

Emilee added that Danilo had not been hospitalized recently but noted that he had been taking maintenance medicine.

Danilo was last hospitalized in 2019 after experiencing a mild stroke.

He had also been barred from engaging in strenuous activities due to the enlargement of his heart which he was scheduled to have checked up.

Prior to his death, Danilo was in high spirits after the victory of Aumentado who he supported as part of Abante Bohol’s legal team.

He was also scheduled to travel to Cebu on Sunday to accompany Emilee who passed the Bar exam earlier this year as she signs the roll of attorneys.

Emilee said Danilo was looking forward to rest after actively campaigning for Aumentado prior to the May 9 polls.

Danilo who was a lawyer for 23 years operated his own law firm in Tagbilaran City.

He was an active media practitioner and was the executive vice president of the Bohol Tri-Media Association.

Before establishing his own newspaper, he was the original anchor of station dyRD’s top-rated “Tagbilaran by Night” program and was a reporter and a columnist for the Chronicle.

He also previously served as a councilor of Tagbilaran City and was a former professor at the Holy Name University law school.

The Bantugan family announced that Danilo’s wake will be held at their residence in Lindaville Subdivision.

The family has yet to finalize details on his burial.