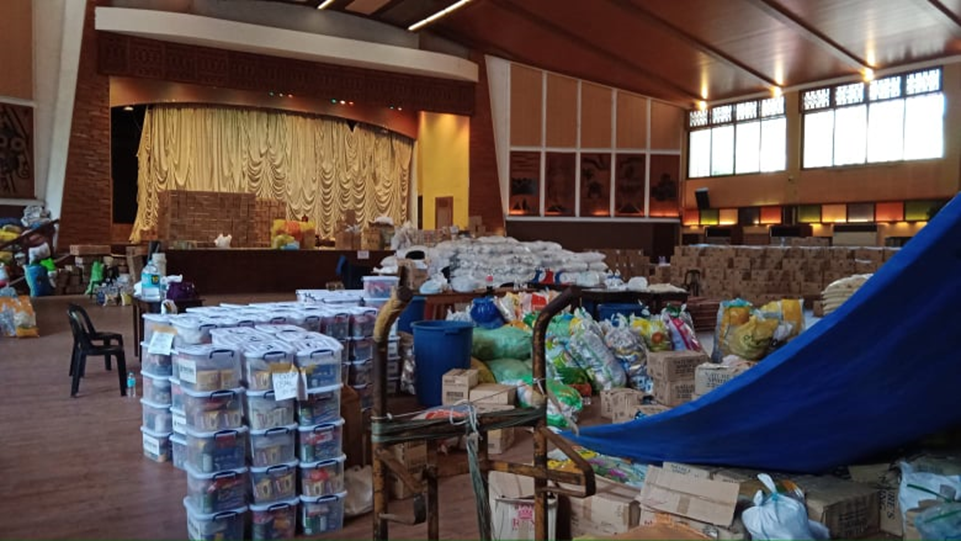 Packs of relief goods supposedly for victims of Typhoon “Odette” still remain with the provincial government over five months after the storm pummeled Bohol in December last year with some of the food aid reportedly nearing their expiration date.

He said the food aid which included rice, noodles and water, among others are still more than a truckload.

The goods are under the custody of the Office of the Provincial Social Welfare and Development (OPSWD), which still operates under outgoing Governor Art Yap’s administration.

OPSWD chief Mita Tecson, in a text message to the Chronicle said distribution of the goods were “ongoing.”

The Chronicle tried to contact Tecson for a detailed inventory of the remaining goods and get confirmation as to when distribution will ve completed, but the Capitol official has not answered multiple calls and replied to follow-up text messages.

During a visit by the Chronicle at her office, Tecson, who her subordinates said is the only person who could account for the goods, was unavailable.

The relief goods were reportedly received by the provincial government during the campaign period in which the Capitol was barred from distributing relief aid.

However, Provincial Election Officer lawyer Edi Aba noted that the ban on the distribution of the goods was only effective from March 25, the start of the campaign period for local candidates, until Election Day on May 9.

According to Aba, local government units could have also secured a special approval from the Commission on Elections (Comelec) en banc in Manila to allow the distribution of the goods through the Department of Social Welfare and Development (DSWD) or the Philippine Red Cross during the campaign period.

“Pwede nila na e-distribute with exemption and e-course through sa DSWD or Red Cross and without the intervention of any candidate,” said Aba.

According to Lagunay, the goods were already set to be transferred by the OPSWD to another facility as the Bohol Cultural Center is being readied for the inauguration of Aumentado.

He said the OPSWD may already distribute the goods instead of placing them again in storage.

Lagunay added that if the the current administration fails to distribute all the relief goods before Yap steps down from office by noon of June 30, the Aumentado government will take over the distribution of the items. (RT)