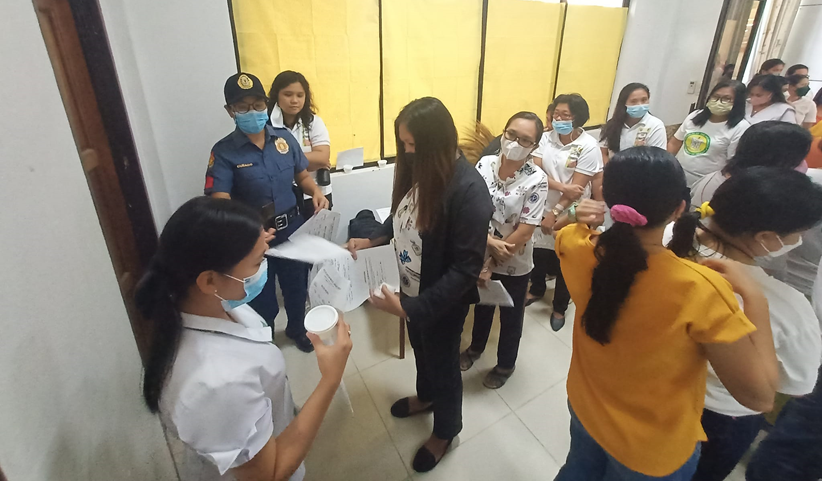 Some 287 government officials and employees in Candijay underwent surprise drug testing on Monday as part of the Philippine Drug Enforcement Agency’s (PDEA) drug-clearing drive of cities and municipalities.

According to Candijay police chief Major Gerald Luna, the drug testing covered both the local government unit (LGU) and national government agencies in the town.

Mayor Thamar Olaivar and other elected officials were also tested.

The testing was conducted at the municipal gym after the LGU’s flag-raising ceremony.

Luna said only he and Olaivar were informed of the random testing.

According to Olaivar, who is on her first term as chief executive, the surprise drug test was initiated by the PDEA.

“They want to ensure and strengthen the status of Candijay as a drug-cleared municipality. And I am in full support of the random drug test,” she said.

The test was also carried out in line with the municipality’s crackdown on the illegal drug trade.

“Drugs are something that I do not tolerate so I, together with the whole municipal staff, welcome this initiative of the PDEA,” she added.

Results for the mass testing have yet to be released.

According to Luna, those who will test positive will face administrative and criminal complaints.