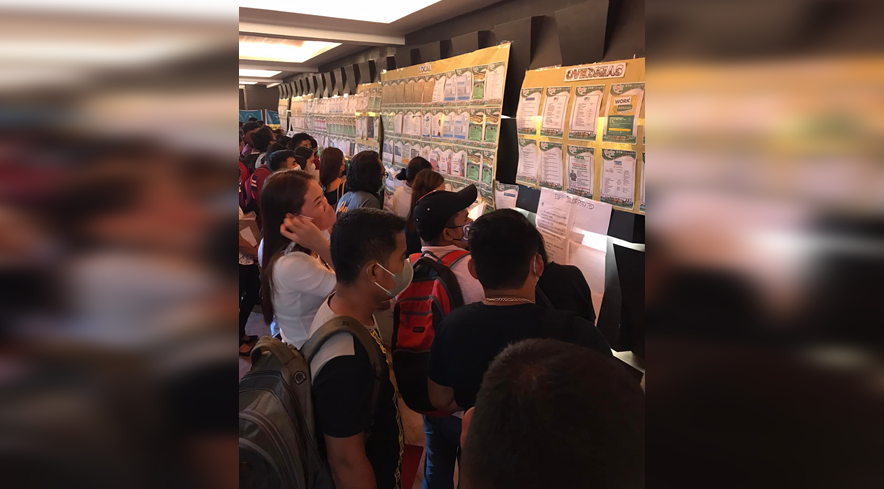 More than 800 Boholanos on Thursday trooped to the Sandugo Job Fair at the Bohol Cultural Center in Tagbilaran City seeking employment.

Vilma Yorong, chief of the Bohol Employment Placement Office (BEPO), said the number of people who joined the fair exceeded what they initially expected which was at 500.

According to Yorong, most of the applicants were fresh graduates and former workers displaced during the height of the COVID-19 pandemic.

There were 900 overseas and 2,000 local jobs up for grabs during the fair.

However, only six persons were hired on the spot due to the lack of authority of the company representatives present at the fair to immediately approve the applications.

Some companies also required further medical screening for the applicants.

According to Yorong, many of those who applied during the job fair are expected to be accepted but may have to undergo follow-up screenings.

Yorong added that many of those who passed the initial interviews were applying for sales jobs and positions in hotel and resort companies.

The BEPO last held a job fair in 2019 as the supposed annual event was suspended due to the COVID-19 pandemic. (A. Doydora)