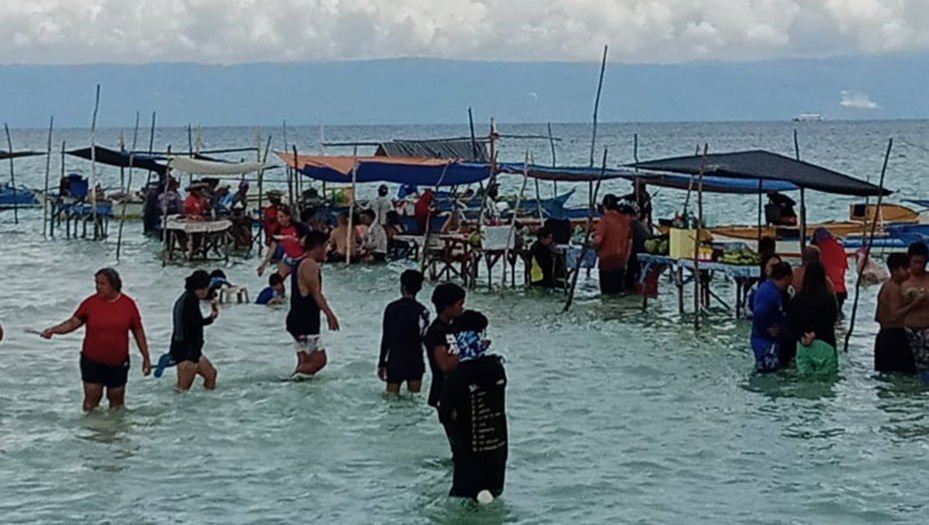 The Panglao Municipal Tourism Council (MPTC) has called on the municipal government to ban food vendors at the Virgin Island in the aftermath of a viral social media post alleging the sale of exorbitant seafood at the popular destination.

Leucudio Trotin, president of the MPTC, recommended to Mayor Boy Arcay the “immediate” closure of the island to “vendors and other tourism activities” effective on Wednesday.

The recommendation was agreed upon by members of the council during an emergency meeting conducted after netizen Vilma Uy alleged that her friend and 13 others were charged over P26,000 for food at the island.

“This statement arises during the review of the investigation which was personally conducted by the Municipal Mayor together with the personnel of the Municipal Tourism Office and the PNP,” said Trotin.

The council clarified that they are not recommending a full closure of the island, particularly for visitors.

“The councill recommends for the continuance of the island-hopping operations of boats  provided that such activity shall be limited only for sightseeing,” said Trotin.

The MPTC also raised the idea of establishing a “Food Street” or night market at the Panglao Plaza which will prioritize the allocation of stall areas for the displaced vendors of the Virgin Island pending the implementation of a long-term solution.

“To be fair and just for the affected vendors as well, they shall be able to continuously sell out whatever perishable stock on hand,” Trotin added.

Meanwhile, Arcay has yet to issue a statement regarding the recommendation.

According to Panglao Municipal Tourism Officer Leonides Senica, the mayor will still have to consult the municipality’s legal team as to what steps will be taken on the issue.

The MPTC has also noted that it is willing to join consultative meetings with the mayor, Sangguniang Bayan, various agencies and the vendors to convey their stand as to why they are recommending the island’s closure in terms of food sale.

“It is recommended to create an accredited association of vendors to be invited as member of the council to involve them on the planning process, creating policies and procedures including specifically the regulation of pricing and make some of them understand that this solution is to help them,” Trotin said. (R. Tutas)