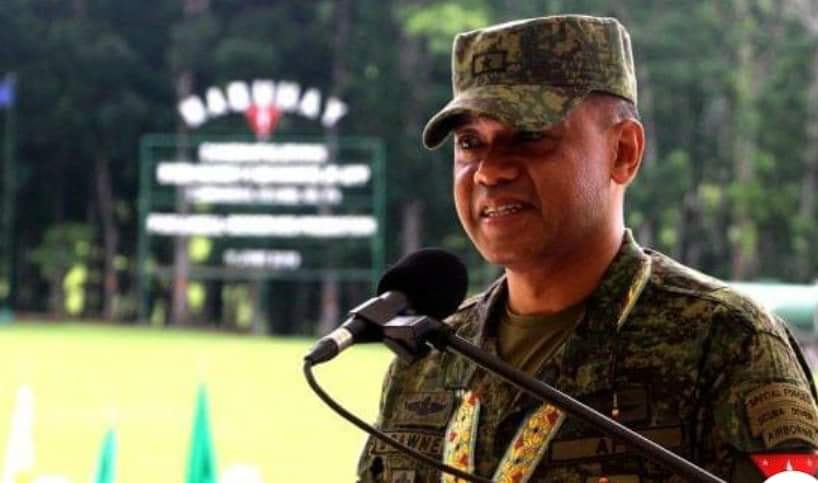 Lieutenant General Romeo Brawner, Jr., commanding general of the Philippine Army, visited Bohol on Saturday to check on the 47th Infantry Battalion (IB) in its continued efforts to maintain the province’s insurgency-free status.

Brawner who was in Cebu for a scheduled engagement crossed to Bohol for a quick visit and headed straight to Camp Rajah Sikatuna in Carmen, the battalion’s headquarters.

Brawner who was commander of the 2nd Special Forces Battalion in Bohol at the time when the province was first declared free from communist insurgency in 2010 urged the troops to keep vigilant to thwart any efforts by the New People’s Army to reestablish a stronghold in the island.

The top Army official acknowledged Bohol as a model in the implementation of the National Task Force to End Local Communist Armed Conflict (NTF-ELCAC).

He also urged the PA leadership in Bohol under Lt. Col. Allyson Depayaso to maintain coordination with local government units (LGU) in maintaining strong ties with communities in a bid to deter residents from supporting the communist movement.

According to Sancho, the 47th IB whose area of responsibility is supposed to only be Bohol extended its coverage to include the sixth district of Negros Oriental.

A single company under the battalion was deployed to Negros Oriental to temporarily replace troops of the 15th IB which is undergoing “retraining” under the 3rd Infantry Division in Jamindan, Capiz.