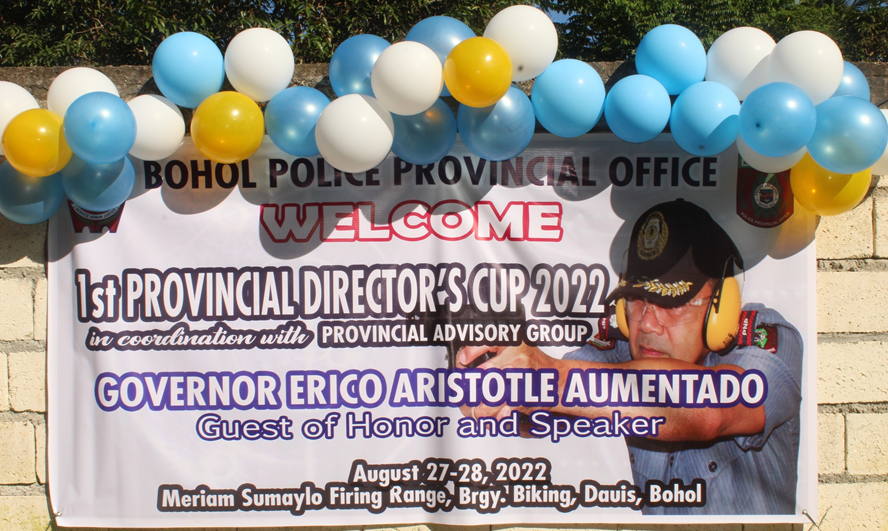 Governor Aris Aumentado expressed the need for a marksmanship training for some policemen in Bohol who he said needed improvement in their shooting skills.

Aumentado aired his observation during the awarding ceremony of the Provincial Director’s Cup 2022 which was held at the Bohol Provincial Police Office’s (BPPO) headquarters in Camp Francisco Dagohoy, Tagbilaran City on Tuesday.

The first-term governor was the guest of honor during the first edition of the annual event.

Aumentado noted the need for policemen to enhance their skills in the province’s drive against criminality and the illegal drug trade.

The chief executive said their skills training will help them in going after lawless elements.

The Provincial Director’s Cup was at the Miriam Sumaylo Firing Range in Barangay Biking, Dauis held from August 27 to 28.

It was participated by various police units and stations from across Bohol. (RT)