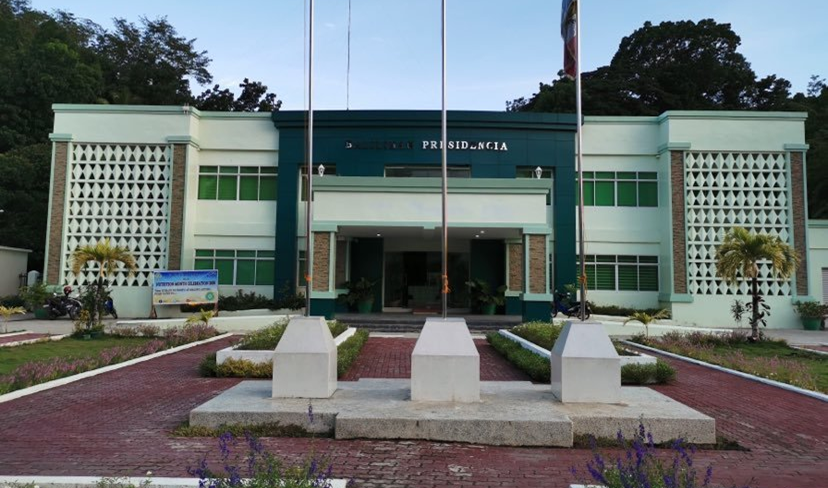 NOTE: THIS STORT WAS FIRST PUBLISHED BY THE BOHOL CHRONICLE’S SUNDAY PRINT EDITION.

A “leaked” National Water Resources Board (NWRB) Resolution dated August 22, 2022 denying with finality the Motion for Reconsideration (MR) of the Local Government Unit of Balilihan (LGU-Balilihan) “for lack of merit” was debunked by no less than the NWRB Executive Director Sevillo David, Jr.

The Chronicle also received a copy of the contentious resolution from an unnamed source similar to the NWRB resolution posted on Facebook (FB) account of Ted Ayeng, Print and Broadcast Journalist.

David, in his response to the query of the Chronicle categorically stated “No Resolution was yet issued by NWRB on the subject MR.”

The assailed NWRB resolution purportedly issued by the NWRB Board without the signature of David appeared on the FB account of Ayeng that generated hundreds of cheering and jeering comments from netizens.

According to Ayeng’s post, the “advance copy was obtained from the Department of Environment and Natural Resources (DENR).”

The alleged NWRB Resolution has denied the MR filed by the LGU-Balilihan and “finds no cogent and justifiable reason to modify its Resolution dated February 7, 2022.

The NWRB was referring to its previous resolution cancelling the Conditional Water Permit (CWP) of Balilihan citing “inaccurate data and information as to the exact location of Bugwak Spring that appeared in its notarized Water Permit Application (WPA).”

Balilihan also failed to post the notice of application at the concerned offices where the point of the diversion is located which is an essential requirement, “according to NWRB.”

The NWRB also claimed that it was misled when it was provided with inaccurate data and information as to the exact location of Bugwak Spring.

In the six-page resolution, the NWRB ordered the cancellation of Balilihan’s CWP that granted the municipality to extract 227.18 liters per seconds (lps) from Bugwak Spring, Barangay Magsaysay, Sevilla.

Richli Corporation, initially filed a petition to cancel the CWP of Balilihan but was dismissed by the NWRB, however the dismissal was overturned on the strength of the findings of an inspection team and the admission of Balilihan that Bugwak Spring is located in Sevilla.

Richli told the NWRB that Balilihan’s reliance of “good faith and negligence are not substitute for compliance, Balilihan has no access to a water source and has no Environmental Compliance Certificate (ECC) for a water project in Sevilla, Bohol.”

Furthermore, the NWRB reminded Balilihan that in sending an official notice to Sevilla through Mayor Juliet Dano on May 17, 2021 to discuss its Bugwak Spring project is an admission and an official recognition that the said water source is located in Magsaysay, Sevilla.

The questionable NWRB Resolution established that Bugwak Spring is located in Barangay Magsaysay, Sevilla and not in Barangay Sto. Niño, Balilihan.

However, Balilihan argued that it never stated that Bugwak Spring is in Sto. Niño, Balilihan but only used the place as a location of the diversion point.

According to the NWRB, a diversion point is defined as site where water is diverted from its natural channel to another channel which in general is artificially constructed for that purpose.

With regard to the allegation that it was the National Irrigation Administration (NIA) that prepared the inaccurate coordinates, the NWRB said that the “NIA personnel only acted within the scope of his authority by conducting an investigation and made the necessary recommendation to the application for water permit filed by Balilihan.”

The NWRB Board of Directors is composed of Representatives from the DENR, National Economic and Development Authority (NEDA), Department of Justice (DOJ), Department of Science and Technology (DOST), The National Hydraulic Research Center, and the NWRB. (Chito M. Visarra)