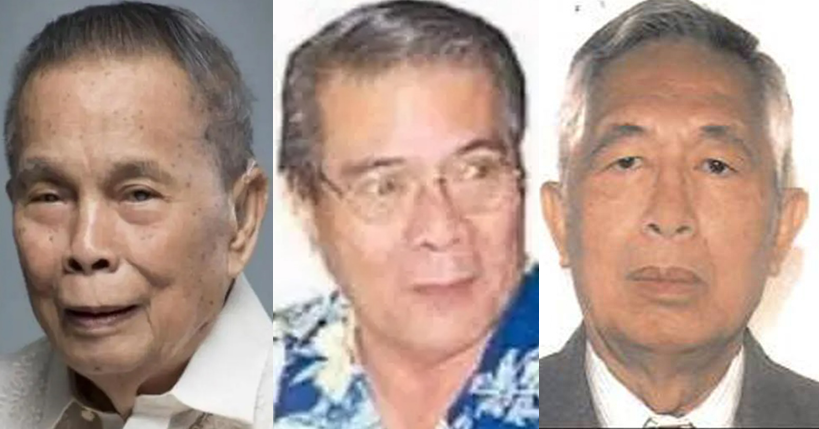 Three former governors of Bohol, who passed away during the COVID-19 pandemic, were honored during the commemoration of the 126th birth anniversary of Bohol’s most illustrious son Carlos P. Garcia on Friday.

The posthumous awards were given to Victor De la Serna, Constancio Torralba, and David Tirol for their exemplary deeds and contributions to the province.

Dela Serna was appointed officer-in-charge (OIC) governor from March to October in 1987 following the 1986 People Power Revolution. He was the first Boholano Bar topnotcher in 1965 and he served as a delegate to the 1971 Constitutional Convention. He died in July 2020.

Torralba, former undersecretary of DPWH under Pres. Corazon C. Aquino, was appointed OIC governor from October to December in 1987.  He was elected governor from 1988 to 1992. He died in December 2019.

November 4 is a special non-working holiday in the province of Bohol.

The commemorative program in honor of Carlos P. Garcia was attended by scholars and provincial officials led by Gov. Aris Aumentado who led the flag-raising and wreath-laying ceremonies along with the Sangguniang Panlalawigan headed by Vice Gov. Victor Balite, heads of offices, national agencies, and civil society organizations.

In his message, Aumentado said Garcia, Bohol’s most illustrious son, was a shining example for the youth.

“The History of Bohol” written by Lumin Tirol-Pamaran was also launched, and copies were given to the provincial government. It provides a rich historical account of the province from the pre-Spanish era to the early 1970s.

The event was also attended by Marilou Valmoria-Fudalan, a descendant of Garcia.

Garcia, who was born in a small village in Talibon town, became the 4th president of the Republic of the Philippines and the first president of the 1971 Constitutional Convention. He was known for his “First Filipino Policy.” (Leo Udtohan)