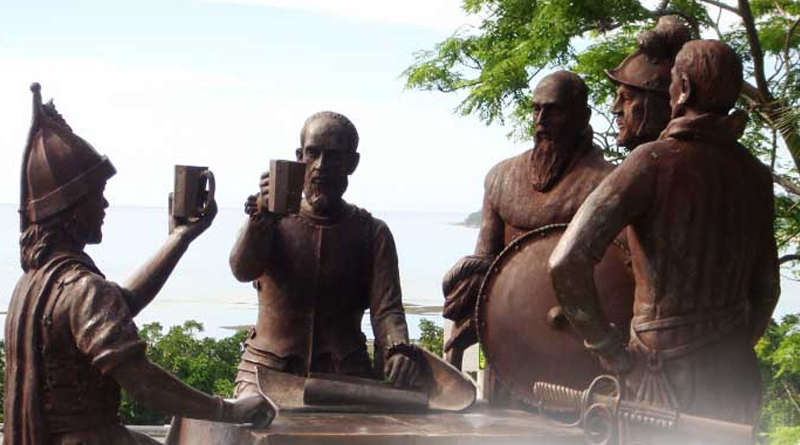 EVEN THE WORST CRITICSÂ  will have to admit that the City of Tagbilaran has changed for the better with just a change in regime. Not perfect, but definitely better.

While a foreigner may judge a country by its airports (which they see first), cities and towns are often judged by the roads they keep. Or the roads that they do not.

Gone were those horrible days one was ashamed to tour visitors from outside topasyalÂ Â the city. They were confused if they were on a tour to the moon -with its craters- big and small, or a “make-believe” Gateway to one of the country’s most preferred province destinations-gone sour.

The arthritic had Â to take an extra dosage of paracetamol from the merciless bumps the joints and muscles were punished with and the tires,ball joints and hinges Â of cars had shorter life spans. Not that we do not want Mercury Drug, Generics or the vehicle repair shops to prosper. But you get the drift.

We do not anymore see the stinking garbage piled in corner lots inhabited by flies and assorted insects, adding not just a visual eyesore (a tourist haven?) but posed a threat to health and well-being. We no longer see the lakes that suddenly appear as part of the streets at the mere sneeze of a downpour. Yes, there are still small pools of water but let’s be candid , the Waterworld that Tagbilaran that was- Â is no longer.

City Hall does not need us to publicize the improved delivery of various public service by the city government. All we can say is -from the fiscal standpoint- you can only deliver what you have. In budget terms- that largely means taxes and other fees that have been efficiently collected by the city. In the past regime, there were pockets of parallel tax units collecting charges- independent of audit and accountability. That’s why City Hall Â today has the means to deliver services to the people.

Along with that many businesses – in the past- also suffered harassment and new ones did not know who to talk to whenever they apply for a new business permit. There were always formal and informal meetings, if you know what we mean. For nine years, it was as if time stood still. In reality , the city stood still.

Today , the atmosphere is that of being “business -friendly”- not for just the rich. City Hall had also Â dropped the annual dues of thousands of tricycle operators.

Today, there are many projects Â also undertaken because the congressman, governor and mayor are talking from the same page. In the past even simple programs were the subject of boycott for pure partisan reasoning. Can you progress that way, really now? Right now – City Hall should cooperate with Capitol in making the fish Bagsakan concept materialize in Mangga and mitigate the high cost of food.

More collaborations like that are needed. Even on the tourism front.

Moreover, the city has now a single peace-keeping force -the Â Philippine National Police- the PNP and no parallel Task Force made of unqualified enforcers. Illegal gambling may have abated – but let’s be frank the drug problem remains a many-headed hydra that has to be exterminated.

At the end of the day, it is about leadership. Leadership committed to transparency and consultation. And Mayor John Geesnell “Baba” Yap has surprised even the most stringent Â cynics Â for them to realize “decency” Â in the sense that if deals in City Hall are transparent- or there are efforts to make them so- they will give the leadership the benefit of their doubts. Time has a way of settling records, anyhow.

Unlike his predecessor who wanted to operate under the cover of darkness, the mayor has been Â more forthright with most deals in City Hall. Can he prove equal in Â the next term if he wins reelection and not change his ways? Only Baba Yap can say.

In his weekly program, the Mayor speaks for 25% of the allotted radio time and the rest is his front men and women who inter-act and answer the queries of the citizens at large. What a difference that makes in terms of transparency and citizen empowerment.

It is also has something to do with style. There are those who are followed because of fear. But once that fear (borne out of power) is gone, there are no more followers.Â  There is the “village talk” style- one that hears the many voices of people Â and is not threatened when his views are not shared by all.Â  That is participative democracy.

Everyone paddles their respective canoes Â but only to one direction-and thus, there is no preponderant “blame game”. The young city mayor allows this not just for democratic space but because he knows he still has much to learn from others.Â  The hubris of “knowing it all” attitude- usually precedes the Â fall of a leader. That Mayor Baba knows.

The Mayor, of course, has only one body and two eyes and ears. It is possible-given the nature of man and politics- that there may be deals that escaped his notice and Â created lives of their own. We hope that if they are indeed exposed in the future- the City Executive – will be the first to man the guillotine and punish the guilty.

Because-it Â is this unrelenting commitment to genuine public service Â with transparency Â and the earnest desire to serve the common good that will make a Government and its officials deserving of their duties as pledges of Â public trust.

It is with this statement that Tagbilaran is a vastly improved city that we issue a similar challenge for Mayor Yap and his Team to make every year better than the last. That is called Progress.