Packs of shabu seized from a big-time pusher 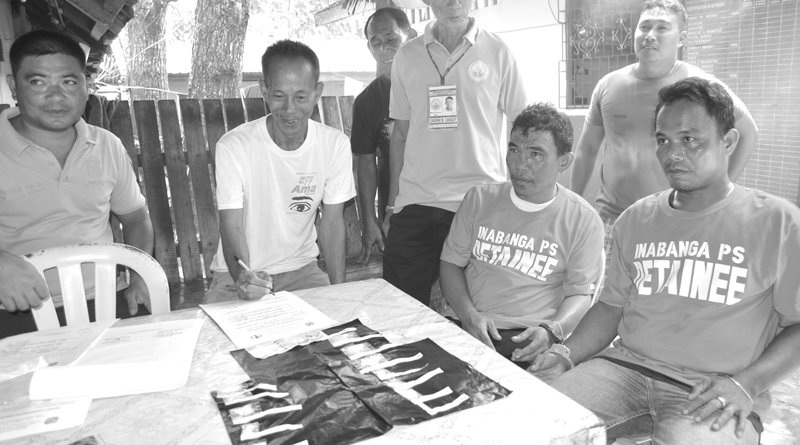 Packs of shabu seized from a big-time pusher

Police scored anew in the campaign against illegal drugs with the arrest of a suspected big time drug peddler in Inabanga and a neighbor after a buy-bust operation at around 2 a.m. yesterday.

The Inabanga police team, in coordination with the Bohol office of Philippine Drug Enforcement Agency (PDEA)-7 regional office, conducted a buy-bust operation at dawn yesterday wherein Jumamoy allegedly sold a small heat-sealed sachet containing white crystalline substance believed to be shabu to a poseur-buyer for an amount of P500.

In relation to the operation, Tacatani was also arrested after being found holding a small sachet of suspected illegal drug.

The police team submitted all the confiscated items to the crime laboratory at Camp Dagohoy in Tagbilaran City.

Both Jumamoy and Tacatani are now temporarily detained at the lock-up jail in Inabanga police station, while appropriate charges are being prepared for filing in inquest proceedings to the Provincial Prosecution Office in Tagbilaran City.