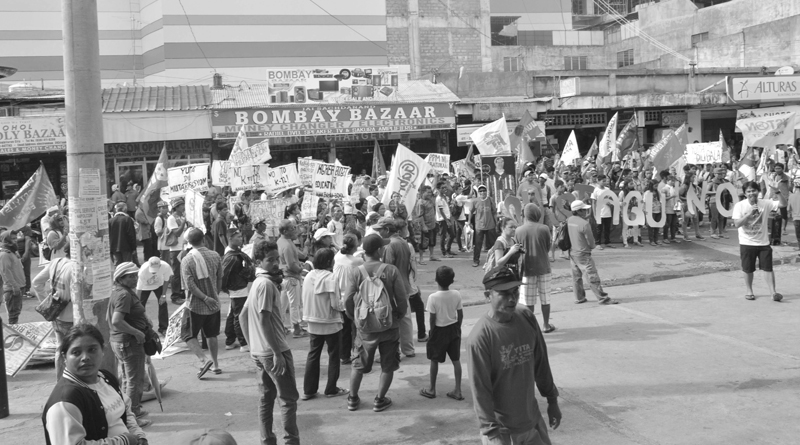 Bohol Second District Rep. Aris Aumentado expressed disappointment at the Presidentâ€™s failure to mention about the administrationâ€™s stand on the agriculture road map of the country in his last State-of-the-Nation Address.

â€œI wish President Pnoy gave more attention to agriculture since our economy is agriculture-driven.Â Failing to mention it in his SONA is disappointing,â€ according to Aumentado.

The congressman, however, said that the Aquino administration had helped the country in general, but pointed out thatÂ no administration will ever succeed if leaders do not go outside the box by working hand in hand with implementing agencies.

Aumentado expressed lament that â€œnot all of the agencies have sufficient manpower to implement their projects, necessitating the collaboration with local leadersâ€.

â€œOnly when leaders understand this web of interfacing will government projects reach the intended beneficiaries and that leaders must have the heart to serve. Otherwise, services are politicized,â€ Aumentado added.

He also said that while President Aquino provided the funds, implementing agencies and leaders come together to implement.

â€œThe president succeeded in providing the support but many implementing agencies failed to live up to what is expected of them,â€ according to Aumentado.

Ruiz said the benefits of improvement on the economy, revenue collection and influx of foreign investors have not trickled down to poor Filipinos.

The reduction of the number of Filipinos who remain poor to 23.8 million Filipinos cannot be attributed to improvement of economic or the conditional cash transfer, but to the low standards of the government wherein those earning P52 a day are no longer classified as poor, Ruiz pointed out.

Instead, what is clear is that those already rich have become richer, based on a study that the 40 richest persons in the country from 2010-2015 had their accumulated wealth or assets increased by 337 percent that now reached US$ 71.7 billion, Ruiz added.

Bayan-Bohol also noticed that the President failed to give updates on several important subject matters such the agriculture sector as to what the government had done to improve their living conditions.

Ruiz also said the president also failed to tackle the agrarian reform program; the assurance that the Freedom of Information Bill will be signed into law within his term; and the human rights cases wherein 238 victims of extrajudicial killings and 270 cases of frustrated murder where most of the victims were activists, farmer-leaders, and media practitioners from 2010 t0 2015.

He said the President delved more on blaming the previous administration and denied his failure to take responsibility in some issues such as the SAF 44 which the President might have intentionally skipped.