GETTING SERIOUS ON ECONOMIC REFORMS 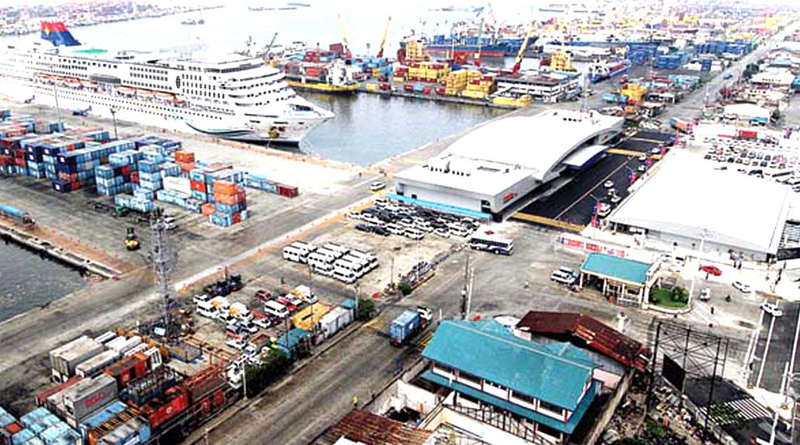 GETTING SERIOUS ON ECONOMIC REFORMS

AFTER THE GOVERNMENTÂ  has invested in human capital via the educational reforms and Cash Transfer Program as well as the various Â infrastructure , the Philippine government is polishing up the business environment to enthuse investors in the country.

After all, it is business that will create the jobs that will Â spur further Consumption, a key element in the Â rapid rise of the nation’s GDP growth rates. For , indeed, Â Government can only do so much – spend its unprecedented P3-Trillion GAA (or the National Budget).

The following Â new economy-boosting legislation of Congress will ensure that beyond president Benigno Aquino’s time,the reform adjuncts remain in place- carved in stone as laws of the land. The next president in 2016 will be better served with them.

First is the well-applaudedÂ Â The Competition Law ‘s Â passage after 20 years of waiting which will put an end to monopoly, duopoly, oligopoly or any such cartel that puts the consumer into a price and service disadvantage. Â Unlike the Â past’s toothless anti-monopoly law that sent no one to jail, this one is more punitive.

Airline ticket fares, cost of cell phones, landlines acquisition, have all benefited from more intense competition. Â The telecommunications (duopoly) and the energy sectors will be the first to be liberalized and therefore have been Â strongest objectors to the law.

Not having that competition law is Jurassic a position Â akin to using Â antiquated pagers in this age of the i-phones since we would have been the only ASEAN nation without such “competition law”. Â That would have allowed foreign firms with colossal capital to dominate certain industries in the wake of the regional integration.

The Amendment to the Cabotage LawÂ  , on the other hand, allows foreign vessels and ships (import or export) to dock in multiple piers in the country ,easing the Manila pier congestion, crushing shipping monopolies and reducing shipment costs of goods. Â These two laws were authored principally by senator Bam Aquino.

The Â Customs and Tarrifs Modernization Act (CITMA)Â aims to reform one of the citadels of corruption in the country which is the Bureau of Customs which only collected P369-Billion in 2014 compared to the P1-Trillion done by the BIR. Once approved, this will lead to the computerization of the entire bureau , doing away Â with the human risk of intervention and implement the Â “paperless transaction” method in order to reduce graft. Â As a new entity , there will be the Authorized Â Economic Operator (AEO) drafted under the World Customs Organization.

There of course exists the persistent rumor in the market Â that old hands at the BOC are trying to corner even the computerization bid and the AEO positions.

Senator Sonny Angara, on the other hand, Â is sponsoring the bill called Â Tax Incentives Management and Transparency Â Act (TIMTA) Â Â that will put an end to losses incurred due to excessive incentives to certain parties. Henceforth a database will be created to track the incentives given by the BIR, BOC and the Department of Finance. This will be corroborated by a DBM (Department of Budget and Management) Â Report on the National Budget serving as incentives’ monitoring. Â NEDA Â (National Economic Development Authority), on the other hand, Â will also Â do a Cost/Benefit analysis on all Â the incentives.

The BOI (Board of Investments) and the PEZA (Philippine Export Zone Authority ) will be included in the monitoring as they grant tax Â incentives to export companies. Â There is now an agreement between the DTI (trade) and DOF Â to allow Â PEZA company Â to choose options Â like (1) Â 4 years tax holidays with 11 years of lower corporate tax of 15% or 5% of gross income earned or (2) Â 15% income tax for 15 years. Â BOI companies, on the other hand, will face 15% income tax for 15 years without renewal.

The creation of The Department of Information and Communications Technology (DICT) Â aims for social empowerment, greater transparency (public sector use of funds) Â and institutionalize the training and infrastructure to enhance RP’s ranking as the leading BPO provider in the world eclipsing India. In this will be included the establishment of the National Privacy Commission to protect business secure their trade secrets.

Finally, there are Amendments to the BOT LawÂ Operate and Transfer) and specifically those touching on PPP (Public Private Partnership) projects where projects of national significance are protected from any adverse local government action and the Amendment to theÂ

PDIC (Philippine Deposit Insurance Corporation) Â that will mandate the creation of a “Bridge Â Bank”Â Â which will absorb the assets and liabilities of a failed bank, to nurture it until an appropriate time to seek for bidders for the same instead of PDIC directly doing these chores. and sometimes weakening its own balance sheet in the process.

While these new laws and bills are beneficial to both business and the government, we hope Congress will not overlook the passage of the BBL Â (lasting peace in Mindanao and conservation of military expenses ) , the Anti-Dynasty Bill Â (break political and economic brokers) and the Â Freedom of Information Bill Â (that will institutionalize the transparency mandates given to Â all government offices and instrumentality ) under pain of fines and prison terms.

Can Team Pnoy meet its deadline for 2016 in Â pushing Â for these bills?