CORY IN OUR MINDS TODAY 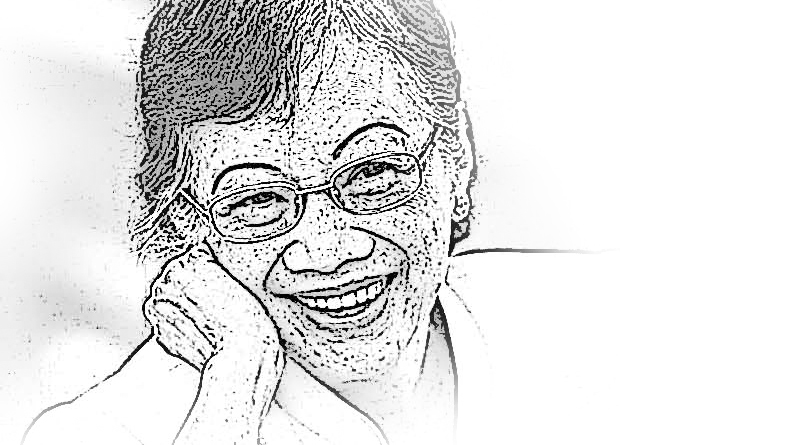 CORY IN OUR MINDS TODAY

THE AQUINO FAMILY Â is one intertwined with the nation’s history.

The assassination of the patriarch Ninoy Aquino on August 21, 1983 marked the beginning of the end of the Marcos dictatorship. His widow Cory challenged Marcos in a snap election and caused his exile into Hawaii through People Power.

Now, their only son Noynoy is president of the republic, empowered by his mother’s death to Â claim the presidency and has brought the nation into unprecedented economic development, the second highest GDP growth in Asia next to China.

Cory died August 1, 2009 due to cancer. She is considered “an icon of democracy” and was voted Â Time Magazines’s Â “Woman of the Year” in 1986. Cory made a dramatic pitch in Â a joint session of the US Congress and drew an Â applause almost equal to the number of paragraphs in her speech.

For that speech Â alone, the USA granted the Philippines US$200-M in aid- equivalent today to P8- Billion, a Â shade better than Pacman’s earnings versus Mayweather this year.

Cardinal Sin Â described the nation’s modern Joan of Arc: “Cory is God’s gift to the Filipino people”. Quoted former senate president Nene Pimentel who went around with Cory for the 1986 snap elections:” No politician can stand up to Cory in religiosity, integrity and love of country.”

Cory ‘s faith was not skin deep; she lived it every day of her life. The presidential security guards swear they have never entered as many churches and chapels (unscheduled) in their lives Â as when they were guarding the president. She clutched the rosary and no day in the Â Palace did she not recite it pacing through its halls.

So much so, that the French Magazine Paris Match Â Â declared: “Cory had the hints of Mary, the mother Â she prayed to through her rosary.”

Yet, in her greatness, Cory was a simple woman who Senator Edgar Angara described as ” No contemporary leader has governed with so much selflessness. And Â with a total disregard for the perks and the power that come with the presidency.” She always kept her demeanor and clothes simple – according to designer Auggie Cordero- unlike a First Lady that preceded her and her Â thousand shoes.

In Cagayan de Oro city, she partook of a “bulalo” ordered from a lowly Â carenderia because the people were not prepared for her unexpected visit. The simple folks joined her campaign for the presidency , trooping out of their rice fields to watch her motorcade pass; they broke their piggy banks to contribute to her campaign. One old woman in the city gave her two pieces of boiled eggs probably her Â lunch baonÂ  as her contribution to the fight against Marcos.

There was an aura of greatness and peace surrounding this Â woman who gave up her sheltered life as a daughter of a Â haciendero Â when she married the youngest mayor in the country from Tarlac. But she never coveted the presidency but was merely Â thrust into it. When she became president by People Power, in two months she Â immediately created a Constitutional Commission to draft a new constitution, establishing an elected Congress and an independent Supreme Court.

She definitely abhorred being president and making laws at the same time through presidential decrees. Â “There are politicians , Â who by just being there and being themselves, shape the world around them in deep and enduring ways.” Cory Aquino was the only such politician- for her former speech writer Teddy Boy Locsin.

Cory’s bravery is legendary -steeled Â by the years of ordeal starting from the incarceration of her husband to the nine coup d’etats her administration defended against and foiled.She filed a successful libel suit versus the late columnist Louie Beltran for saying she hid herself under the bed during the coup. The truth is despite her only son being wounded in one of the Â palace attacks and some soldiers dying Â inside the Palace grounds, Cory stood her ground in the Malacanang , refusing the military advice to seek refuge in Fort Bonifacio. She thought it was unpresidential to run away from a fight.

For this – his Â then AFP chief of staff Fidel V Ramos quoted that she “has a core of steel inside her.” Â “She was the calmest among us”, confessed Col Volts Gazmin, who was then head of the PSG (presidential security guards-now secretary of defense under Noynoy).

Cory talked on top Â of Â some Â  makeshift gang planks near the POEA near Greenhills EDSA when the victory of EDSA was still undecided and rushed to the Club Pilipino to be inducted to the presidency even as some military men wanted to steal the victory at EDSA and call it their own.

At the height of the coups, she fired her Defense Minister Juan Ponce Enrile and defended her civilian cabinet against military criticism including spokesman Rene Saguisag and Secretary of Labor Bobbit Sanchez. Sanchez , was once Â asked why he was not siding with Management during disputes in his turf said ” Why, I am the secretary of Labor, not the secretary of Management.”

Cory appointed once Badong Mison, vice chief of staff of the AFP to clean up the citadel of corruption which is the Bureau of Customs. She asked that all BOC positions be declared vacant and Mision did not reinstate close to 400 corrupt employees. Â She was at the forefront of the EDSA II that drove president Erap out of the presidency. Mison said Cory was right that the BOC should be independent from the Finance Department to avoid undue imtervention.

After Cory’s era, the BOC was back into the shelter of the DOF and we have been paying the high price for it in corruption and smuggling.

At the height of corruption and charges of election cheating versus GMA, Cory, the Private Citizen asked for her resignation causing GMA’s Â former ally and speaker Joe de Venecia Â to admire that Cory was “consistent in being a defender of popular liberties.” Her son Noynoy thence jailed GMA under his term.

Cory sought help when it was needed. She told Saguisag she wanted him to run for the senate by telling Rene: “You urged me to run for the presidency, now I am asking your help”. She also forcefully admonished Bobby Tanada when he initially refused to head the BOC right after EDSA Â with words to this effect ” Hirap sa inyong mga aktibista- protesta nang porotesta. Pero pag binigyan naman kayo Â ng pagkakataon na magsilbi, ina-ayawan ninyo naman.”.

Saguisag and Tanada had to accept the invitations.

Cory Aquino Â fought her colon cancer with equanimity and deep faith -probably looking at a happy reunion with her beloved Ninoy. Not only did she bring back democracy to the nation (which was already a great feat) but by citizen empowerment, liberalization and democracy prospered the other sitios in the Philippines after the darkest years of Martial Law.

Indeed history will find Tita Cory one of the greatest leaders of this generation.

“One clothed in truth and transparency and unadorned with the trinkets of duplicity and hypocrisy”. And so it was. So shall she be remembered . As we do today.

(Most of the excerpts here are Â from the book “Cory-an Intimate Portrait” edited by Margie Penson-Juico).