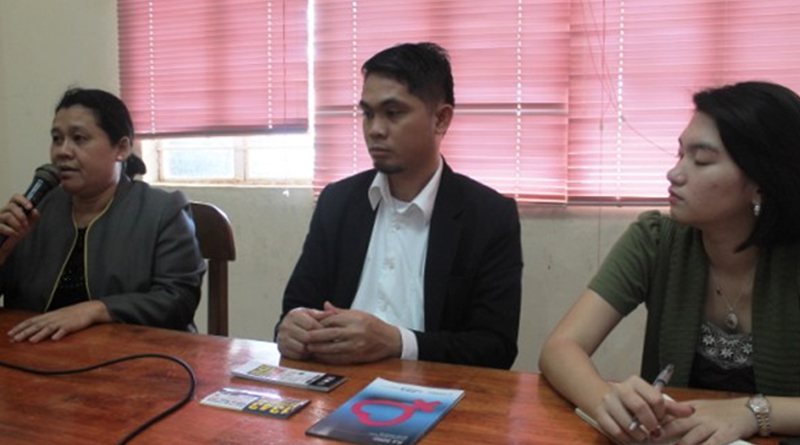 Over the rising cases of Filipinos marrying foreigners who end up with miserable lives abroad, government authorities are doubling up on the community education program (CEP) to re-orient Boholanos about the key issues of marrying and living overseas as permanent residents.

Now in Bohol for their CEP, Commission on Filipinos Overseas (CFO) makes sure they get to the towns in Bohol tagged with the most number of foreign marriages or petitions for residence abroad or crossing over on fiance, immigrant spouses, scholarship or work visas but with the intent to permanently settle abroad.

The CFOÂ Â is an agency of the Philippine Government under the Office of the President tasked to promote and uphold the interests, rights and welfare of Overseas Filipinos, and strengthen their ties with the Motherland, according to Princess Mayumi Kaye Peralta.

Peralta, along with Arthur Joseph Vitas and Erlinda Pehle came to Kapihan sa PIA as another method of broadcasting information regarding the issues confronting Filipinos going abroad to settle only to experience culture shock.

Vitasa, during the one hour radio interview said around 50 to 60% of Filipinos marrying Korean have no idea about the foreign culture and tend to be having problems.

The CFO conducts activities similar to the Philippine Overseas Employment Administration and the Overseas Workers Welfare Administration’s Pre Departure Orientation Seminar, but limits their services to those going abroad for marriages and permanent residency. They also do country familiarization seminars especially for European Countries, according to Peralta.

We would make sure that those intending to go abroad past us are safe and are not trafficked, that they are not among the mail-order brides or end up in domestic violence, Pehle points out.

The counseling sessions are there to make sure marriages work and husbands and wives relationships are strengthened, that marrying was for the right reasons and that they know more or less what to do in case they are in need of support from Filipino groups in their immediate vicinity, according to the guidance counselor.

The CFO also provides the persons going abroad all the necessary support through networks of support groups in the foreign country, embassy contacts and international support groups which can help in cases of problems.

In their CEP, CFO went to Tagbilaran, met communities in Panglao, Tubigon Inabanga, Carmen, and talked with students at BISU, Mater Dei College in Tubigon, St. Paul Academy in Inabanga, St. ANthony Academy in Carmen and had police and community interactions at PPA Tubigon, Panglao, LGU officials in Tagbilaran, Inabanga and Carmen, other than the Kapihan sa PIA. (rac/PIA-7/Bohol)