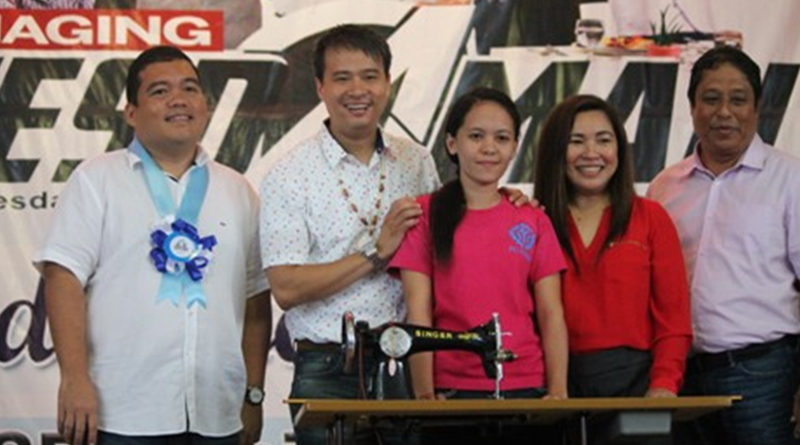 Technical Education and Skills Development Authority (TESDA) Secretary Joel Villanueva dreams that one day, he would be mentioning Boholano names and showing to the world pictures of what the government’s scholarship trainings have done to transform people’s lives.

Speaking before 1033 graduates of technical and vocational (tech-voc) education scholarship trainings which the government offered to generate employment chances, the enthusiastic and always animated Villanueva was giving names and faces to those people whose lives were altered drastically after getting TESDA scholarships.

Villanueva, who has been always enthusiastic about the agency’s achievements in getting 71.9% hiring rate for trained government scholars and 65.4% rate for techvoc graduates, projected slides of success stories of TESDA graduates who are now among the country’s looked up to workers.

He said he looks forward to “One of these days, when it’s your name i will call and your picture i will show, Villanueva beamed to the rippling applause of the jam-packed Bohol Cultural Center September 8.

Himself a certified barista and a national basketball player in the past, Villanueva told the graduates that they need to be congratulated because graduating is not about luck.

“You did not get lucky, you need to be congratulated,” Villanueva, who earned the monicker as Mr Trabaho, said, amidst the thundering applause from the audience composed of graduates, trainors and instructors as well as tech voc institution administrators.

TESDA is always about jobs, Villanueva, who admitted Bohol is among his most visited provinces, also redefined success with TESDA as Trabaho, Edukasyon Serbisyo, Dignidad and Asenso.