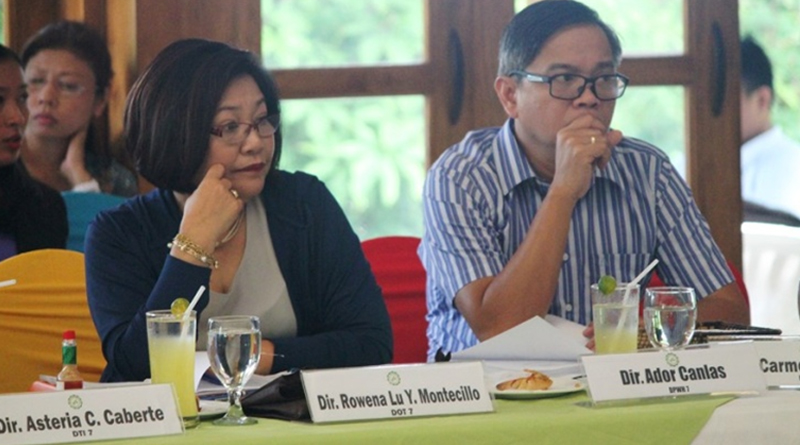 Bohol tourism officials however think the numbers could be untrue and insists that if local resort owners and night accommodations are honest in their reports, Bohol tourists would be more than that.

Some resorts and night accommodations are uncooperative, fearing that the data would be used against them for taxation purposes, Bohol Tourism Officer Josephine Cabarrus once was quoted as saying.

The NEDA data, which it culled from the Department of Tourism [DOT] through Regional Director Rowena Lu Montecilloalso followed guidelines which may not be as beneficial to the count of steady tourists coming in to Bohol for a day tour.

DOT accordingly counts only the tourists staying in a place for a minimum of an overnight stay, while the thousands of day-tourists coming to Bohol could not be included in the count.

Carreon, in his regional economic situationer in the Visayas pointed out that the region saw an astounding increase at 185.6% increase in foreign travelers to the region from 239,770 in 2014 to 682,759.

Meanwhile, tourism industry observers in Bohol point out that when Bohol topped in tourism arrivals in Central Visayas, it was because Bohol had direct flights from Manila to Tagbilaran to Manila, where thousands of tourists come in without getting past Cebu.

Now, owing to Civil Aviation Authority of the Philippinesâ€™ one plane on the tarmac policy considering risks, implemented here, Bohol could only get a maximum of 5 flights.

The Provincial Government has pushed for the Department of Transportation and Communication funding to put up an emergency runway in Tagbilaran, so any plane landing could momentarily â€œhideâ€ when another airplane readies for take-off.

The project however has posted negative slippages when local officials assured that contractors have vowed to make the emergency apron ready by July 2015.

Now, emergency apron project engineers said they may not be able to complete the project until end of October, further delaying the scheduling of more plane flights to Bohol.

Another hope for Bohol, the Panglao Airport has yet to show substantial accomplishments, even as the elections are coming and may disrupt the normal processes in government, further delaying the setting up of tourists access to Bohol. [rac/PIA-7/Bohol]