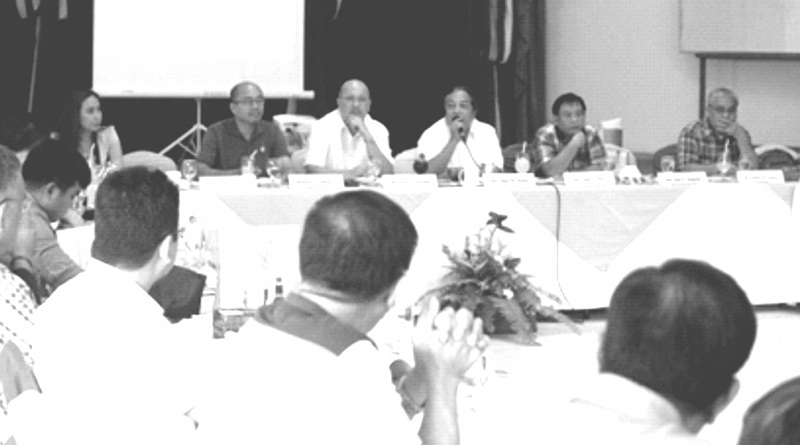 Topic |
ADVERTISEMENT
Three bridges which would be crucial in Bohol islands integrated developmentÂ  are now being endorsed by the Regional Development Council [RDC] for feasibility study by the Department of Public Works and Highways [DPWH].

This too as the Provincial Development Council in Bohol, through its executive committee meeting on June 15 resolution 38, 39 and 42 endorsing to the RDC and the DPWH the conduct of feasibility studies for the construction to Tagbilaran City to Panglao Island bridge, President Carlos P. Garcia to Ubay bridge and Bien Unido to Talibon bridge.

Panglao, a major tourist destination in Bohol and the site of the new and still constructed Bohol Airport can be accessed by land transport now, via its two bridges: Borja bridge in Junction Mansasa and Castil linking Poblacion Ubos to Totolan Dauis.

As population in the two tonws in Panglao island continues to increase by 3.3% from 2007-2010, the projected influx of tourists and visitors with the full operation of Bohol Airport is projected to bring in business and economic activities in the island.

A recent DPWH traffic count survey showed that the annual average daily traffic along Panglao and Dauis junction increased by 50% from 2455 vehicles in 2008 to 11,897 in 2012.

For this, the construction of a new bridge is now considered a viable option to improve traffic inter-connectivityÂ  between Panglao Island to Tagbilaran City, according to the RDC.

Not only is the existing transport system expensive, it is also risky and the erratic schedules result in huge business losses, leaving the island under developed and its residents being left behind in Boholâ€™s growth.

Local leaders believe connecting the two towns will not only spur economic development due to growths in commerce and trade, agriculture and tourism, it will also generate the necessary employment of locals and improve delivery of basic services in the island.

On the other hand, second district towns Talibon and Bien Unido are separated from each other by Talibon Bay.

Talibon, notably the districtâ€™s commercial hub is about a few kilometers of air distance from Bien Unido but with the bay, residents have to go through a network of national and provincial roads with a combined length of 18.70 kilometers.

The proposed construction of the three mentioned bridges requires the conduct of feasibility studies to include engineering design, traffic study, comparative alignment study, exploration of alternative routes and transport analysis among others, according to the RDC endorsement to the public infrastructure agency.

The conduct of the feasibility study to support the construction of these bridges would also be consistent with the DPWH policy direction of promoting strategic tourism support infrastructure in coordination with other infrastructure agencies and LGUS and enhance major thoroughfares to improve traffic and safety situation sin urban centers and tourist destinations.

Along this line, the RDC, headed by Bohol Governor Edgar Chatto pushed for the conduct of the feasibility studies on the mentioned bridges.Â (rac/PIA-7Bohol)