WHO IS THE “REAL” NATIONAL HERO? 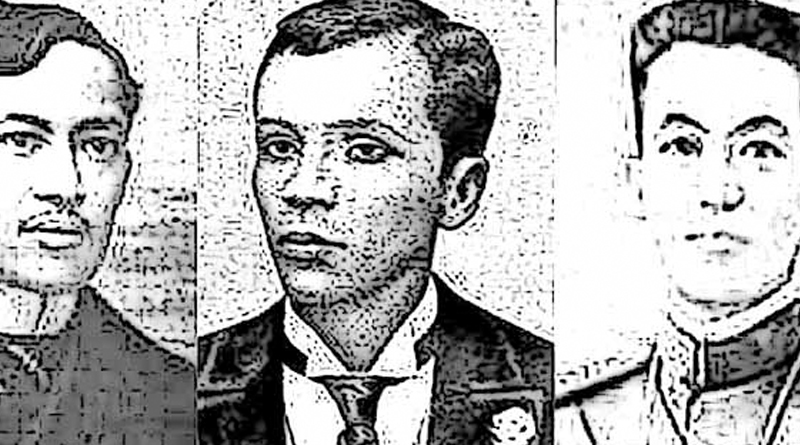 WHO IS THE “REAL” NATIONAL HERO?

BECAUSE Â WE WERE SUBJUGATED – Â 300 years by Spain and 50 years by the Americans , split by a 4-year war against the Japanese invaders, Â the historical context in choosing of our Philippine “national Hero” has been his effectiveness in fighting foreign rule.

Thus- the historical struggle has always been- Â should our national hero be the proletariat Andres Bonifacio Â who founded the radical “Katipunan” in 1892 Â and established a “revolutionary government” Â in 1896 or is it Dr Jose Rizal, the “ilustrado” doctor who founded the “La Liga Filipina” in 1892 and later exiled to Dapitan?

The tussle has always been won by Rizal- largely because his heroism cost him his life by musketry of Â the Spanish soldiers at the Luneta while Bonifacio was merely Â killed by Filipino rivals. Was it Andres Bonifacio’s fault?

That General Emilio Aguinaldo, who figured in both the Spanish and American wars and declared Philippine Independence in Kawit, Cavite on June 12, 1898- was not even considered seriously – could must probably Â be because of his penchant for “compromises” and his tendency to fatally eliminate fellow Filipino rivals who stood on his way.

Our recent viewing of the epic film “Heneral Luna” and a DVD copy of the “El Presidente” (referring to General Aguinaldo) gave us Â new insights into the nuances of the struggle for Philippine independence.

The inevitable conflict between the conservatives (Aguinaldo faction) and the radical Magdalo group (Bonifacio) culminated in the 1897 Tejeros Convention (March 1897) which was Â set to determine leadership but which led into a rigged election in favor of the Cavite general. Â This infuriated Bonifacio and the enmity between the two camps led to the assassination of Andres by the men of Aguinaldo (May 1897)- a historical fact.

Aguinaldo was responsible for the creation of such symbols of national worth as the Philippine flag and the national anthem.

Soon enough, the Americans entered the scene and did a mock battle with the Spaniards and Â subsequently claimed the Philippines as its own. The nation’s sovereignty , in fact, was purchased by America from Spain Â -without our consent- in the amount of US$50-Million.

The Filipinos felt betrayed as the American promised not to annex the country and asked for their cooperation to fight against Spain. This divided the Filipino leaders into two camps- those for “pro autonomy” and for “pro independence”.

Caught in between the principled fight was president Emilio Aguinaldo who had to Â always play ball with both sides to preserve his gains.

The biggest names among the “reactionaries” had to be Pedro Paterno and Felipe Buencamino Sr. Both exhibited collaborative tendencies with foreign oppressors to secure lucrative positions under their regimes. Peterno, for instance, facilitated the Pact of Baik-na-Bato that led to the “surrender” of Aguinaldo to Spain in 1987; Buencamino for a long time served under the Spanish military regime.

Their ability to kowtow to foreign powers was rewarded when Paterno was named prime minister and Buencamino as secretary of foreign affairs during the American regime.

On the opposite end wereÂ the “radicals” Â led by General Antonio Luna who headed the Philippine Army, the “sublime paralytic” Apolinario Mabini who became his Â chief legal adviser and the likes of General Gregorio del Pilar and a Lt Manuel L Quezon.

Because Luna was a learned man- pharmacist, musician, sportsman, journalist, photographer , sharpshooter, dancer, and fencing athlete , studying at the Ateneo and in known universities in Madrid Spain- he became a natural leader.

This was supplemented by his self -study of military tactics and strategies in Europe Â which made him a dangerous military leader against the Americans. He won many bloody battles and the Americans had to send 125,000 troops in the country to subdue him.

The “reactionaries” like Buencamino and Paterno were able to stealthily convince president Aguinaldo that General Luna was plotting a coup to steal the presidency from him. Aguinaldo subsequently assigned Luna’s ally General del Pilar to faraway Â North and then Â sent a telegram to Luna to meet him in Cabanatuan.

General Luna ,only with two armed allies, fell for the trap. He did not find any Aguinaldo in Cabanatuan Â and they were instead met by a group of disgruntled soldiers that Luna had earlier reprimanded – who then viciously Â shot and butchered him with knives , inflicting 30 wounds in his body.

General Luna, because of his hot temperament and his being a stickler for discipline- Â earned many enemies among the army ranks. Aguinaldo -to his death- continued to deny his complicity in the brutal killing of General Luna.

The brilliant story of the heroic General Luna (titled “Heneral Luna”) is now a box-office film shown in over 100 theaters in the country, going on its third week and is the entry of the country to the Academy Awards for “Best Foreign Film”, Film at a cost of P70-Million, the endeavor already crossed break even point last weekend with P 100-Million Â total gross revenues.

This is the best proof that Filipinos are now re-reading history through films Â in order not to repeat its Â many mistakes. The most remembered phrase of the movie had to be “Our biggest enemies are not the Americans- but ourselves.”, General Luna thundered.

There are talks that the two more classic films Â are forthcoming along the lines of the heroism of General Luna and the aim to correct distorted history written mostly by pro-American historians.

One will be Gen Gregorio del Pilar’s “Battle of Tirad Pass” which will include the revenge on the killers of Luna including the vicious Bernal brothers by del Pilar’s group. Â In the meantime, Mabini was deposed by a rumped Congress but he retreated to the north rather than bend to foreign rule.

The third and Â last movie Â of the trilogy will be the film on the young lieutenant of Luna in Manuel L Quezon who became the first president of the Philippine republic whose fiery nationalism led him to make this famous statement: “I ‘d rather have the Philippines Â run like hell by Filipinos than be Â run like heaven by the Americans.”

Although Â some leaders did run down the country like hell in the subsequent years, it is clear that we would not have enjoyed this democracy without the painful struggles of our heroes in attaining our independence.

Who do you think deserves to be the “real” Philippine National Hero?