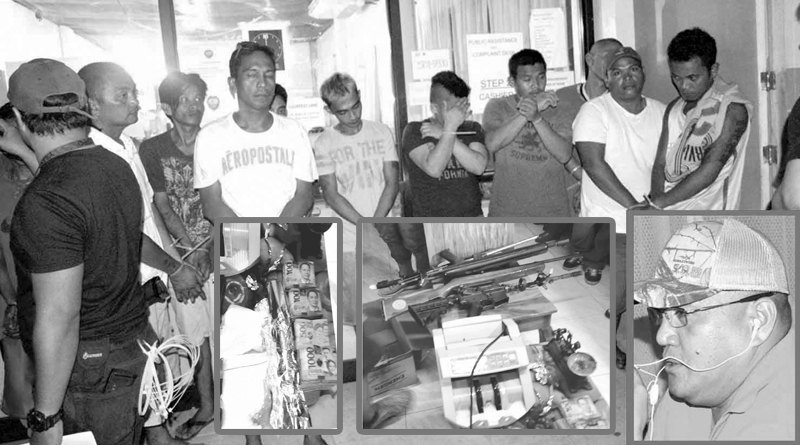 Packs of shabu with a total estimated value of P5.3 million, a cache of firearms — mostly high-powered — and at least 13 drug personalities turn up the score of illegal drugs trade in the province. (inset) Lawyer Joel Tovero, chief of National Bureau of Investigation-Anti-Illegal Drugs Unit (NBI-AIDU) brought a team from NBI-Manila to track down drug personalities who had been subjected to surveillance operations for a while already.