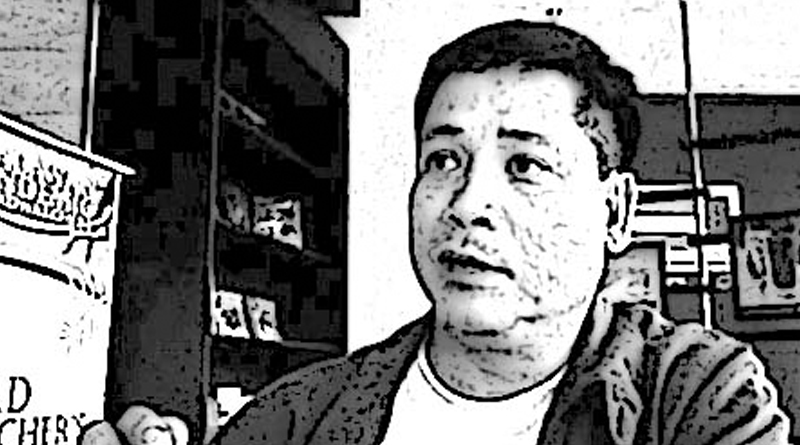 But we must not be complacent Â now even as we toast our glasses. The two are still moneyed, influential and risk takers who will remove the blinder of Lady Justice given one inch of opportunity.

Remember when witnesses started to turn the table against them, they eluded arrest by bribing people at the Bureau of Immigration in 2012 to escape the country towards Vietnam via a Cebu Pacific flight. Two BOI officials and assistants were eventually suspended.

In Thailand, they were arrested for overstaying on their visas with fake passports named Jhonny Leong and Nicolas Gatchalian purportedly to build a wellness center in the resort jewel of Phuket. Guess where the fake passports were fabricated?

Upon arrival from Thailand, they were able to stealthily call a press conference Â while in detention still- causing the firing of the city warden Don Paredes. The warden had Â  earlier built a 5 X Â 3 X 8 special room for the suspects with a double deck bed and windows as they “were high risk” individuals and should not be among common criminals.

Not content, the Reyeses asked to be transferred to the NBI detention center in Manila (as they feared for their lives, sic) and a hospitalization- the modern day last refuge of scoundrels, if we may say so.

Earlier, they had apparently influenced the first panel of the DOJ in 2011 that there was not enough evidence to merit prosecution. They also timed the assassination to the event where Gerry Ortega was raising 10 million signatures to Â ban mining from the tourist-enabled province after the SP had apparently endorsed a sustainable mining efforts for Palawan- in order to divert the “motive of the murder”.

Let us recall that the Reyes brothers have long been on the “Most Wanted List” (4 years) by authorities including Â General “The Butcher” Palmaran and the crazed politician (Manero) from Mindanao. Â But as Â long as the Reyes brothers Â are alive, there is always a danger that the law will be bent in their favor.

We then Â urge all citizens to write the DOJ and the DILG that we are all watching the case intently-and will not allow the miscarriage of justice. We urge netizens to likewsie educate one another about the Doc Gerry Ortega Slay- its significance to our nation at large.

First, that Doc Gerry represents the face of the “fighting broadcaster” today who is fearless in their attacks against official venality and corruption. He was killed in broad daylight -shot in the head- after Â his radio broadcast at DWAR FM. He was your ordinary hard working lay man looking at cheap clothes inside an “ukay ukay” store beside his Pet Veterinary shop-when he was mortally shot. His death was one more act of impunity on the part of those who wanted an unfree press.

Second, he Â was an activist environmentalist who defended the “last frontier” of Palawan’s natural beauty from exploitation of capitalists as head of Bantay Kalikasan Palawan. He was a champion of eco tourism that resulted Â in tourist projects like: snorkeling in Honday Bay and island hopping, whale and dolphin watching in Puerto Princesa Bay, Firefly Watching in Iwahig River, Ugong Rock Climbing and Zip Line and Bacungan River Cruise.

His lasting legacy is”no more mining in Palawan” Â today after Malampaya as urged by enraged citizens. But because of his personal charisma, Â somehow there has been a void of silence that often permeated Palawan over these years since 2011-while Ortega’s murder remained unsolved.

But the recent Â arrest of the suspects had once again somewhat Â re-awakened the hearts of the people there to remember the advocacy that Doc Gerry lived and died for.

They will not allow that justice be raped twice over and trip Doc Gerry to roll in his grave.

Hearing the orphaned family of the Ortegas today demand Â for a Â final resolution of the case, also- renews our belief Â that they can always kill a man -but never the idea.

We can foster that further by remembering the ideals that this rare specie of a man -Doc Gerry Ortega-stood for till his death. Good governance and protection of the environment..