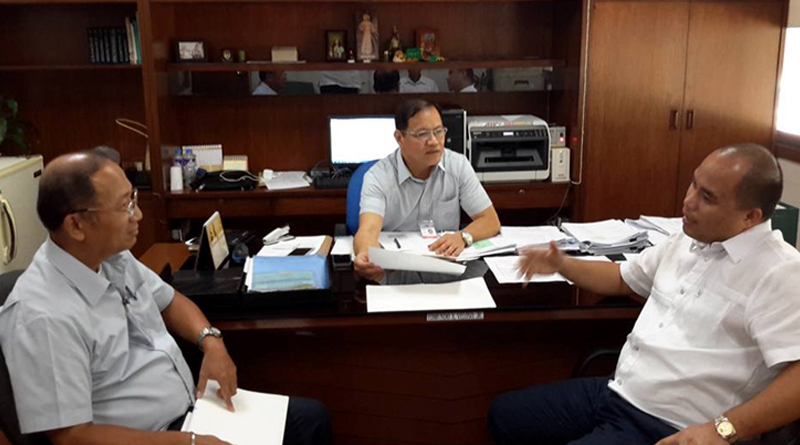 Far-flung islands and islets in Boholâ€™s 2ndÂ District will soon get 24/7 electricity â€“ and with it, development and progress thrrough the National Power Corporationâ€™s (NPC) Small Power Utilities Group (SPUG).

Rep. Erico Aristotle Aumentado said this is on top of the assurance of National Electrification Administrator Edita Bueno of funding for submarine cables for the energization of the bigger and nearer islands in Getafe, Talibon, Bien Unido and Ubay towns.

The solon quoted Bueno as saying that site inspections have been conducted and studies are now being transferred on paper to support the release of funds for more islands after Mahanay of Getafe and Talibon towns.

With the bigger islands prepped for energization, Aumentado trained his sights on the smaller islands farther from the mainland.

These being too costly for energization via submarine cables, the solon met up with Vice President Edmundo Veloso Jr. and Engr. Rene B. Barruella, Project Management Division Manager, both of NPCâ€™s Small Power Utility Group (SPUG).

To fast track implementation, the solon told the SPUG officers that NEA has allocated funds to procure distribution lines as its counterpart in order to deliver electricity from generator sets to be installed in the islands or islets for distribution to the households andÂ consumers.

Aumentado said according to Veloso, NPC-SPUG has already allocated funds in the 2015 General Appropriations Act (GAA) for the generators. They have conducted the study, paperwork and site inspection for plant location.

For the â€œblessings,â€ the solon expressed gratitude to NPC President Maria Gladys Cruz-Sta. Rita, Veloso and Barruela, as well as Bueno and her staff.

Aumentado said the technology is like the Leyte-Bohol Interconnection Project (LBIP) Stages 1 and 2 that brought power from the Tongonan Geothermal Power Plant in Leyte that his namesake father and immediate congressional predecessor Erico Boyles Aumentado had shepherded from conception and gestation up until realization.

Once the generators are in place, and upon notification by NEA, the Bohol II Electric Cooperative, Inc. (Boheco II), will install the lines from the generator sets and distribute power to the consumers.

The project forms part of Aumentadoâ€™s total electrification project for the 2ndÂ districtâ€™s 35 islands. The solon said he has been addressing the lack of electricity even before it surfaced as one of the problems identified by the 100-strong population of the district among the 400 respondents of the Bohol Poll 2015 ran March 26 to April 17 by the Holy Name University Center for Research and Publications.

The solon said development can set in only when power is available. Power enables fishermen to keep part of their catch to sell during full moons when fish is scarce and the demand is strong, or during stormy weather.

Without power, fishermen are constrained to sell their catch cheap, especially if abundant, rather than risk spoilage.(June S. Blanco)