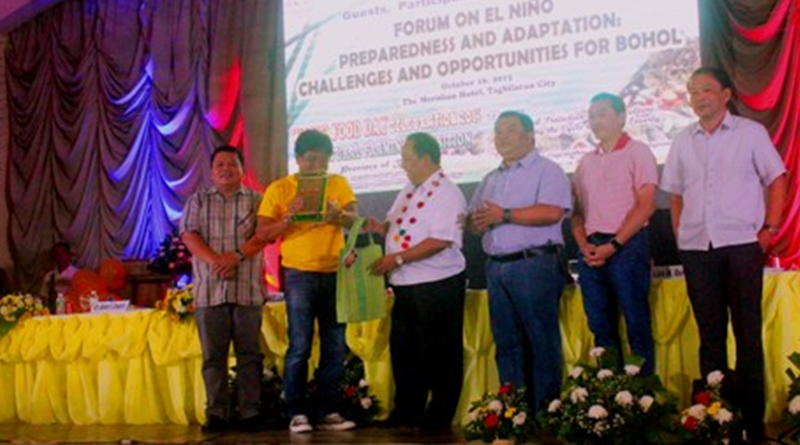 Alcala, who was the guest of honor during the event held at the Bohol Cultural Center, symbolically handed over P153 million farm to market roads in Balilihan, Catigbian, Sagbayan and Loboc through the Philippine Rural Development Project (PRDP).

This comprises more than half of the entire amount the agriculture department handed to Bohol.

Other than those, through the governmentâ€™s Bottom Up Budgeting (BUB), the DA also turned over farm to market roads in Dauis, President Carlos P. Garcia, Talibon, Bilar, Carmen, Duero and Sierra Bullones.

This, according to the DA through Jake Madrio, is a total of P41.27 million.

Also, the DA, in its effort to sustain the food supply by supporting new farming technologies in Bohol and the Visayas handed 4WD 90 HP tractors to Mabini, Maribojoc and Loon, the same tractor and combined with a harvester to the Ubay Stock Farm and the Provincial Agriculture Office amounting to P6.4 million.

For smaller farms where tractors are impractical, the DA also handed hand tractors with trailer for irrigation system based services to San Jose Mabini IA, San Rafael-Bangi IA in Mabini and the Malingin IA in Ubay, these farm implements costing the government P260K.