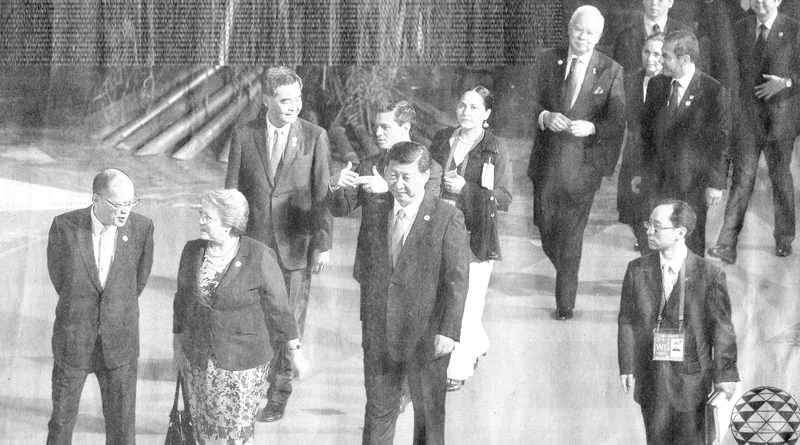 “You make us all Filipinos proud,” Chatto told Aquino in his text message yesterday.

The president, who is in Malaysia now for the Association of Southeast Asian Nations (ASEAN) Summit, replied, “Thanks, Gov Ed.”

The governor has continued urging the Boholanos to keep supporting Aquino and his development agenda for Bohol.

Foremost of this is the ongoing construction of the billions-worth new Bohol airport, which concrete fulfilment has finally come after in Aquino’s and Chatto’s time after four Philippine presidents and four Bohol governors.

“The continuity of PNoy legacies can be ensured by supporting Aquino’s indorsed tandem to lead the country after his presidency —the Mar-Leni team,” Chatto said.

He added that “the ceaseless support of PNoy to Bohol in our most difficult times and until now has been among the many reasons why we, Boholanos, should rally behind his leadership regardless of any differences in local political alignments,” the governor told mediamen.

Thru a text message, Chatto also congratulated Ambassador Marciano Payno, Jr., director general of the APEC 2015 National Organizing Council (NOC), who in turn appreciated his “kind words and support for all us at the APEC NOC

One of the ministerial meetings preparatory to the ultimate meeting of the APEC leaders from 22 member-economies, including US President Barak Obama, had Bohol its host by choice. (Ven rebo Arigo)