THE GLOBAL BATTLE AGAINST CLIMATE CHANGE 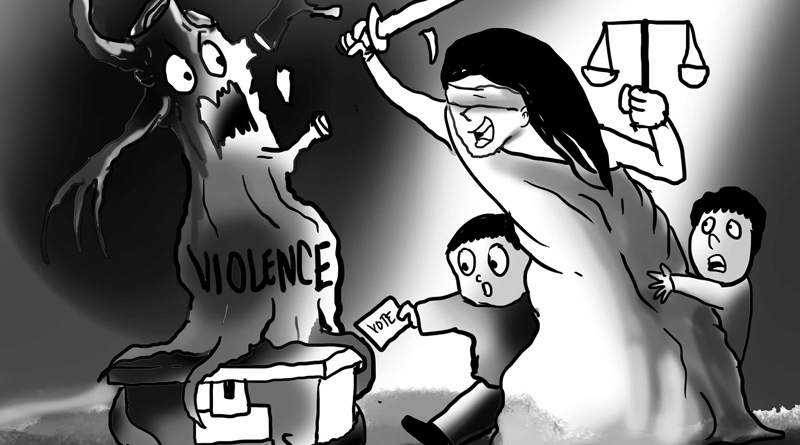 THE GLOBAL BATTLE AGAINST CLIMATE CHANGE

Scientists declared that since 1880 to today- Â in just a one a half century – already resulted in the increase of average global temperature by 0.8 Celsius and is already creating unprecedented extreme weather disturbances.

If we allow the temperature to rise by 2.5 degrees Celsius, 30% of the flora and fauna species – upon which man depends for sustenance and medicine – will die.

This is the reason why 196 nations gather in Paris, France Â from Nov 30- December 11 for the Paris Climate Change Conference to institute legally binding measures to mandate all signatory-nations to commit to keep the increase to only a maximum of 2.0 degrees Celsius in the next 50 years.

Scientists warn not doing so would result in an “inhospitable earth to humans and threaten vast land areas by super storms, droughts and rising sea levels.

The greatest sources of the so-called “greenhouse gas” is the burning of fuels for electricity, heat and transportation. The Philippines, though one of the least contributor to carbon gas emission is one of the most vulnerable nations on earth- straddling along the typhoon belt and earthquake path .

In the last three years, RP has become the “Poster Boy” of disaster with the Killer Quake of 7.2 in 2013 and the Storm surge of Yolanda which followed. Â Very few people know that RP is really a maritime nation. Â It has 240 million hectares of marine character and only 30 million hectares of land mass. The trouble is only 5% of our coral reefs are healthy- making us vulnerable to assaults of Nature from the Â outside.

Even the upsurge in dengue is pointed to as being caused by global warming that created more breeding spaces for mosquitoes to propagate. We are all inter-connected, make no mistake about it.

Aside from the commitment on Celsius, 53 nations will contribute Â a “Green Finance Facility” to combat the global warming or help poorer nations to cope.

There are 500 million children on earth living near flood prone areas. They also happen to be living either on US$3 a day incomed parents or live below poverty line . When floods strike, it helps spread killer diseases like malaria, diarrhea and malnutrition. When drought strikes, food becomes scarce and the children have the least means to secure their food for sustenance.

Government and society in general must hold hands to stop global warming.

Senator Loren Legarda, finance chair and currently Global Champion for Climate Change of the United Nations said there is P88-B worth of funds embedded in various line agencies to combat and mitigate climate change. The DSWD has inserted an environment aspect of the Conditional Cash Transfer (CCT) in terms of public education as does the Department of Education.

Many LGUs stand guilty today of not having clear a solid waste disposal system.

In the private sector, many mining and manufacturing firms emit fumes and chemicals. Many private resorts throw their wastes- without conscience -into the seas and rivers. Coal remains a main ingredient to generate power- and is also the filthiest.

As private citizens we can help the cause by segregating the bio-degradable from the non, try to save the use of electricity-through tempered usage or switch to solar and wind alternatives. eat local non processed food, use low carbon technologies. and boycott high energy eating cars.

All in all if we consume less, there is a reduction in the use of bad energy somewhere.

While mass climate change activities were held in major cities, a group of activists (see photo) walked three days from Plaza Rial to Anda- Friday afternoon to Sunday morning in a 99 kilometer walk called Â “Bagtas Lantaw: Bohol Climate Change Walk.” to bring attention of all to the threatening shadows of environmental disaster in our midst.

The Group as made a mark. They should push the envelop forward and press for environmental activism in local issues that negatively impact the health of our environment.

The battle is world-wide- let us do our share.