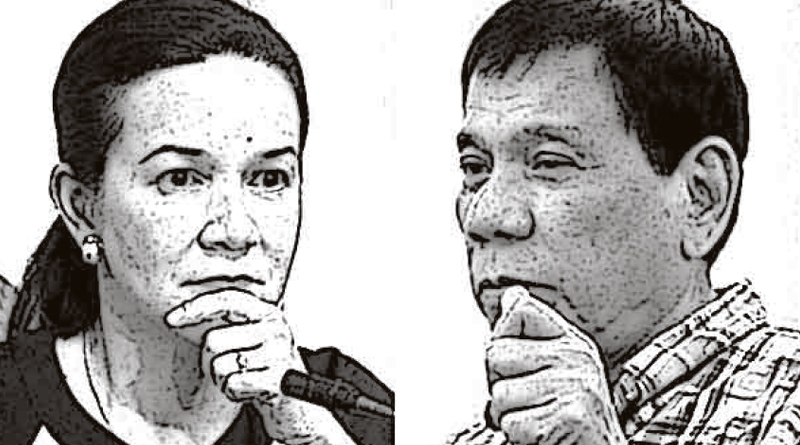 RECENT CONTROVERSIES Â regarding the legitimacy of the Â presidential candidacies of both Senator Grace Poe and Davao City mayor Rodrigo Duterte should be resolved by the “Voice of the People” and not merely by the tribunals.

We share the sentiment of former Chief Justice Artemio Panganiban on the possible disqualification of two of the leading presidential bets on May 2016. We cannot add any more to further illumine his largely incandescent words as Panganiban Â asked his former colleagues in the Supreme Court to think about these when deciding of Poe’s and Duterte’s fate whether :

“To be literal versus Â being liberal; the letter or the spirit; naked provision or ultimate purpose; legal syllogism or substantial justice; in isolation or in the context of social conditions or harshly against or gently in favor of the Voice of the People.”

Legal pundits have advanced the theory Â that the COC of Martin Dino of PDB-Laban as president was defective since he applied “as Pasay City mayor, not president and therefore ” invalidates his COC, a legal infirmity that cannot find a lawfully binding replacement Â such as a Mayor Duterte. Ex-CJ Panganiban disagrees with the Â hypothesis.

Although the Comelec had ruled on Dino’s COC in favor of Duterte recently – this can still be brought to the Supreme Court by protestants versus Duterte.

In context, the ex-CJ’s Â lighthouse guideposts above Â also implicitly says that the “honest error” in the COC Â of senator Grace for the 2013 senatorial polls cannot be superior to Â verifiable facts like Â her sale of their Â US properties, buying of a condominium and a lot (which they eventually built their home here ), enrollment of her children in Manila schools, Â working here with her husband -all Â in the year 2005- giving her a 10 year residency in the country.

In 2010,despite the Â pending legal issue whether Joseph Estrada was eligible to run again for president (after being impeached as a sitting president), his name was not stricken from the ballot list. Having been defeated by current president Benigno Aquino III, however, Â made the legal question of Â Erap’s presidential “reelection” legality ” as Â moot and academic. Poe’s name. likewise, must not be stricken off if the SC final decision is still pending.

Ideally it is Â the Supreme Court, where these cases would likely land for final resolution -and it should decide on the cases soonest. Â It would be the ultimate risk of widespread instability if Â either Poe or Duterte wins the ballot in May 2016- and then Â she or he would , thereafter, Â be declared “ineligible” to seat in the Malacanang.

If the 2016 “winner” does not have the real mandate of the people- can he/she govern, can he/she rule peacefully without resistance? Clearly they are political questions – social conditions , as the ex-CJ stated, above, that have to be considered.

This is important because the latest SWS poll survey (Nov 26-28) showed mayor Duterte Â as No 1 and Poe tied in No 2 with VP Jojo Binay.

Political analysts ,however, are not completely at ease with the latest SWS polls. It was admitted that there were two sets Â of list of candidates given to the 1,200 SWS respondents; one without and the other with Duterte’s name. The 2nd list was reportedly preceded by a question that : if another name- Duterte- were added would you vote him president? -and added the names of the other candidates.

SWS refused to yield the results of the First List- for their own reasons. Senator Antonio Trillanes, a Poe supporter, was as bold as to say that the SWS was rigged- a survey financed by a Davao businessman.

Respected political analyst and UP professor Popoy de Vera said the SWS survey did not cover yet Â “the huge nationwide backlash” against Duterte- after he made disrespectful cuss words against Pope Francis for causing traffic in his recent Manila visit during his November 30 press meeting. Â The SWS survey was done before that- on Â Nov 26-28.

The best way to resolve this contentious issue of “survey accuracy” is for both SWS and Pulse Asia hold a simultaneous survey before the Christmas holidays, say Dec 18-20,Â where people can still think clearly and not clouded by the “holiday spirit” after.

But more important than surveys- the tribunals should allow both Mayor Rody and Senator Grace to run for the presidency Â in May 7 , 2016 and once and for all determine who the 50 million Filipinos want to lead the nation after the Â Pnoy’s administration.

Let us give the people the real power of choice over as many candidates.