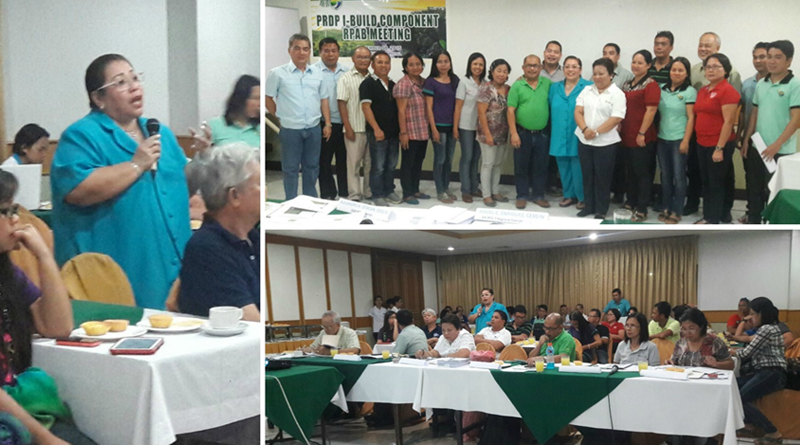 The sub-project under the I-BUILD component of the Philippine Rural Development Project (PRDP) has a total stretch of 6.479kilometers traversing the six (6) barangays of Dagnawan, Lomboy, Banahao, Mabuhay, Cawayan and Dagohoy. The approved FMR have a uniform width of 10 meters: 5 meters concrete pavement, 1.5 meters gravel shoulders on both sides and 1 meter canal on both sides.

A team from Provincial Planning and Development Office headed by Atty. John Titus Vistal, the Provincial Planning and Development Coordinator for the Province of Bohol, presented the proposal for the sub-projectâ€™s overview and was defended thoroughly by Mayor Roygie Jumamoy to the members of the Board composed of the Regional Directors of Department of Agriculture (DA), Department of Trade and Industry (DTI), Department of Agrarian Reform (DAR), Department of Interior and Local Government (DILG), Department of Public Works and Highways (DPWH) ,Department of Environment and Natural Resources (DENR) & the Regional Agricultural and Fishery Council 7. The proposal was immediately approved in the RPAB level and now endorsed to the national level after having passed the rigorous assessment and analysis.

The realization of this project brought numerous benefits to the farmers of the six barangays and the entire Municipality of Inabangain general. Among the benefits are the increase in annual real farm income of household beneficiaries, increase in the value of annual marketed output, reduced travel time of commuters by 50%, reduced hauling cost of farm outputs and inputs and reduced harvest losses. The sub-project is also essential in influencing economic and social development of the target barangays. With the improvement of farm-to-market road the residents can effectively drive the socio-economic development of their locality and become moreinvolved in the national level interventions.

â€œThis approved Farm-to-Market Road will positively benefit a population of 4,702 in the six barangays. They will not anymore endure the long travel of going around the adjacent municipalities of Sagbayan and Clarin just to get and deliver their produce to the market. This will also spur economic growth resulting in higher income and better opportunities for Inabangnons.â€ â€“ Mayor RoygieJumamoy in her message to the members of the Board.

The PRDP is a six-year national project that aims to establish a modern, inclusive, value-chain oriented and climate-resilient agriculture and fisheries sector. It is implemented through the partnership of the Department of Agriculture, the Work Bank and the Local Government Units.(ICoNS)