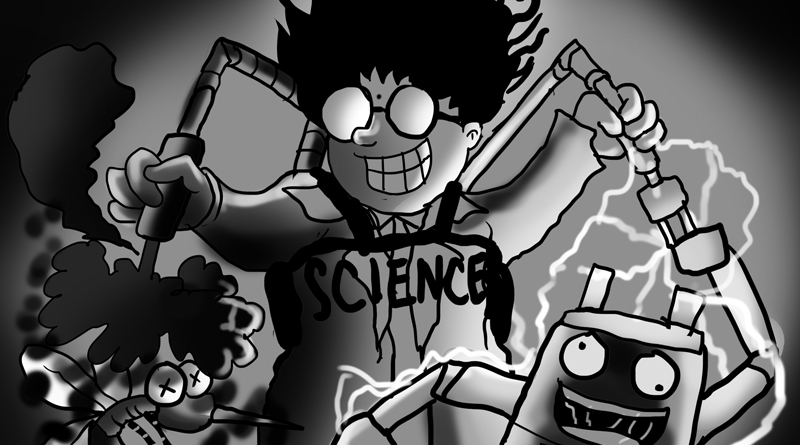 THE SUCCESS OF SCIENCE Â to put an end to human misery proves that God had already provided man with all the resources of Mother Earth to combat disease and poverty. It is up to man to probe their Â existence and conquer what the mind can initially just conceive.

The only limit to the conquest of man’s various scourge arises precisely Â from man himself Â putting a limit Â on his own Â brain and imagination.

For instance, after 20 years of painstaking research , the French giant pharmaceutical company Sanofi invented the Dengvaxia vaccine which has finally (apparently) Â found the cure for the dreaded dengue. It has developed the potent vaccine that addresses the dangers posed by four different strains of the female mosquito Â (Aedes aegypti) that cause dengue which Â afflicts 528 million people yearly since 1960.

The vaccine was tested over 15 nations utilizing 40,000 patients. Last week Mexico was the Â first Â nation to approve (by its regulatory body) the use of the “breakthrough ” medicine often dubbed as the “innovation of the decade”.

It is now seeking Â regulatory approval from 20 nations in Asia and Latin America. The Philippines badly needs this literal “shot in the arm” against this fastest growing mosquito-borne disease. It has pained so many people.

The Department of Health says there Â have been 100,000 cases dengue cases in 2015, a 23% increase from 2014. It has gone to epidemic proportions such that huge provinces like Cavite and Bulacan were declared “under a state of emergency” due to the dengue’s massive upsurge.

This year Bohol reported 2,335 dengue cases and 12 deaths so far with Sagbayan the 3rd highest hit and Tagbilaran City the 6th highest hit in the Central Visayas region- Bohol becoming Â a major contributor to the regional list.

The World Health Organization announced the Mexico breakthrough and explained that once applied, the vaccine will immunize 75% of the people in a given community.

Heretofore, there has been no cure for dengue. A patient can have Â (for maximum 14 days)

Will Dengvaxia vaccine put an end to our dengue woes? It appears so.

Meantime, in the Philippines, 16% or 16 million of Filipinos Â still do not have access to electricity Â that contribute to their lack of progress and well-being. Four out of the ten poorest of the poor Filipinos face this lack of power. There are 130 million such people in Southeast Asia alone- 63 million in Indonesia and 26 million in Myanmar- without electricity.

Meantime Philippine Â industries face Â one of the highest rates of electricity in Asia and results in higher cost of goods and services. Can we wait forever for deliverance? Maybe not.

Two tablespoons of salt in a glass of water can result in Â a LED lamp which will provide a Â cost effective, sustainable source of energy. Â It has been recognized internationally as the People’s Choice for Start -Up Inventions done in Korea recently.

SALt was able to perfect the invention using the incubator Â “Ideaspace Foundation” Â and it will soon partner with Â with EMSCAI (technology firm) and with the aid of the government’s Â Department of Science and Technology will Â manufacture a series of small-scale power plants to energize the teeming coastal towns in this archipelagic country -utilizing the salty ocean waters.

The breakthrough is important because of the looming energy crisis facing the country in summer time . The Department of Energy (DOE) admits power projects do not come easy because of red tape- imagine 65 signatures are needed for approval lapsing over three years. Â Then there is coal which is dirty and environmentally dangerous- needing replacement.

The SALt is a big idea from a small girl Â that could change the fortunes of the poor from bad to better. In the recent Asia Pacific CEO Summit, president Barrack Obama himself praised the Filipina scientist as an “example of young entrepreneurs Â coming up with leapfrog technologies”.

“It is a brilliant idea”, the US president said.

Scientific breakthroughs like these that better the lives of men are proof positive that the average man is using only 10% of his total brain potential. Pushed to its limits and pressed by the exigencies of the times, man can invent products beyond one’s realm of the imagination ten years ago.

And also proves the dictum that “necessity is the mother of invention.”