P605M for Bohol for irrigation here 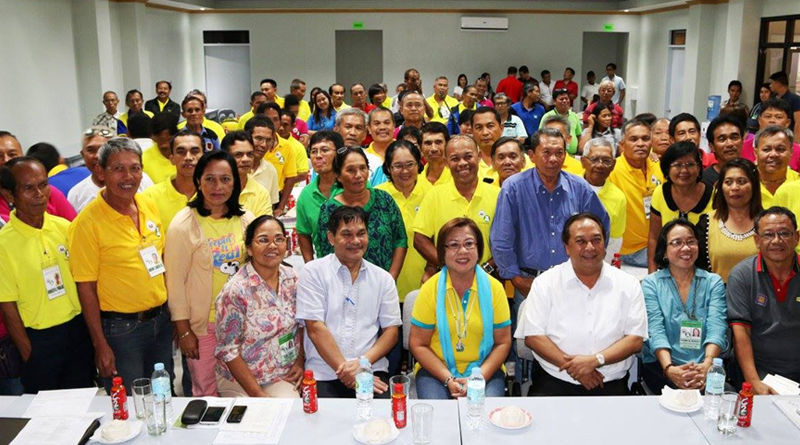 P605M for Bohol for irrigation here

A huge P606.5 million has been earmarked to irrigate wider Bohol farmlands and more than satisfy the Boholanosâ€™ staple need.

It is the biggest allocation Â to any province in Central Visayas for the upcoming year, according to the National Irrigation Administration (NIA) regional summary of allocations for different irrigation projects and service programs.

Bohol, a food basket Â which Gov Edgar Chatto wants to keep abounding, has the fattest share at P606.582 million which indicates a 20% increase.

With this, Chatto, who chairs the Regional Development Council (RDC-7), is optimistic of higher rice yield not just for Boholâ€™s food security but the regionâ€™s self-sufficiency as well.

The annual budget for irrigation projects and related programs also passed through the RDC for its Â endorsement for national funding.

Chatto thanked the entire powerful regional body and Â the National Economic and Development Authority (NEDA) through its national board, is crucial.

But this is not without the governor of course preciously recognizing the efforts of the NIA people with the parallel support of the Bohol congressmen.

The Third District, which has 19 of Boholâ€™s 47 towns, is the provinceâ€™s biggest rice producer and host to its largest irrigation system, the Malinao dam in Pilar.

The whole Cebu province has P94.944 million while Siquijor, the regionâ€™s smallest province, has P7.500 million.

NIAâ€™s budget summary for Central Visayas included Negros Orientalâ€™s P70.2 million, although the latter, by the countryâ€™s regional political and administrative divisions, is now part of the Negros Island Region (NIR) along with Negros Occidental.

There are restoration, rehabilitation and/or repair of existing irrigation systems and small irrigation projects in several other rice-producing municipalities.

The NIA budget for Bohol also has allocations for operation management transfer support services and climate change adaptation works, the latter for a resilient agriculture.

In addition, Chatto led in a recent RDC meeting the endorsement to NIA of the irrigation system development in San Isidro, a landlocked Second District municipality.

Rice Â is a staple content of Bohol as the regionâ€™s food basket that at the same time improves its vegetable and livestock productions, even dairy output.

Agro-industry has been reframed by the Chatto administration into one of the pillars of the economic tripod for the development and growth of Bohol, the two others being tourism and information technology.Â (Ven rebo Arigo)