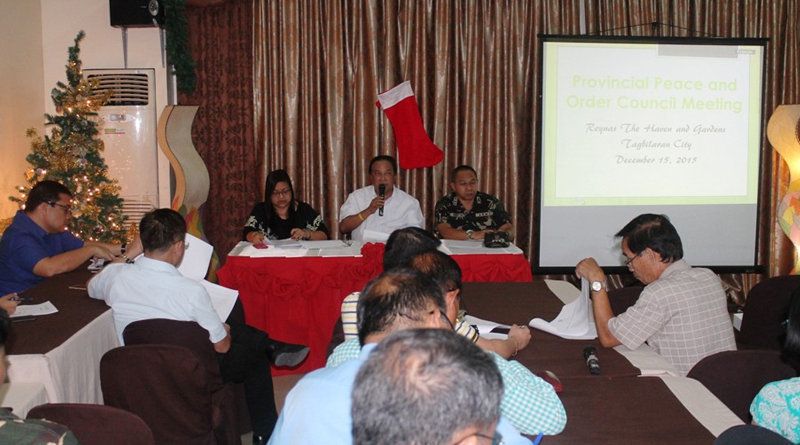 Neither Governor Edgar Chatto nor the Bohol Peace and Order Council (PPOC) received any formal copies of the fact finding mission results which a peasant group sent to investigate alleged human rights violations in Trinidad.

But, despite not being furnished any report on the International Fact Finding Mission (IFFM) which Asian Peasant Coalition (APC) organized to dig on alleged human rights violations committed by the military encamped in San Vicente, Trinidad, Gov. Chatto sent out at least two memoranda directing concerned government agencies to act on the matter in the complaint.

The proactive Chatto said despite not getting the copy of the mission results, he asked concerned agencies to address the allegations and for LGUs to conduct assemblies to talk to the people about the allegations.

In September, the IFFM talked to the governor at the Mansion, went to the Special Forces camp in Carmen before proceeding to San Vicente where they interviewed residents to establish the truth of the Hugpong sa mga Mag-uumang Bol-anon (HUMABOL) complaints of alleged of human rights violations.

According to Rafael Mariano, APC Chairperson, national chairman of the Kilusang Magbubukid ng Pilipinas and IFFM member, “farmers in Sitio Panaghiusa [San Vicente] are being harassed.”

He cited that 802nd Infantry Brigade of the Philippine Army, have been encamping within the vicinity of San Vicente, and together with Capitol’s Community Development Program-Purok Power Movement, have been threatening the operation of the Talibon-Trinidad Farmers Association (TTFA) rice mill which serves about 30 Bohol barangays.

After the IFFM finished their mission however, not one of the members went back to furnish formal report, sources at the PPOC and the Office of the Governor confirmed.

Instead, the IFFM published its findings of the allegations in a local newspaper.

“We afforded them the courtesy of a reception at the mansion, the very least they could have done to show good faith was furnish us copies of their findings so we can work on our end,” added member of the PPOC who was also at the Mansion courtesy call.

At the PPOC, DAR representative Marcelito Concepcion confirmed that, with the Chatto letter, DAR revisited Sitio Panaghiusa and conducted forum with the residents.

The people confirmed that they petitioned for a camp to be set up in their barangay, he said even as he added that they surveyed the subject lot where the camp sits. There was no conversion, it was a grazing area and the camp sits only on a thousand square meters, Concepcion added.

A directive also tasked local government units to conduct barangay assemblies to bring down the issues, the governor said. Months ago, the governor also asked the PPOC secretariat to write to the IFFM to obtain a copy of the findings.

It is unnecessary but still, by the dictates of good faith, we asked for a copy so we could work on what needs to be done, Chatto said during an interview after the PPOC.

Not content with the newspaper article lambasting the government for the alleged violations, the APC also submitted the IFFM report to the United Nation’s Commission on Human Rights, Mariano said in newspaper reports.

This week, APC lambasted Bohol government for not addressing on the IFFM findings conducted in San Vicente last September 20-22. (rac/PIA-7/Bohol)