“HONOR THY FATHER”- Watch It 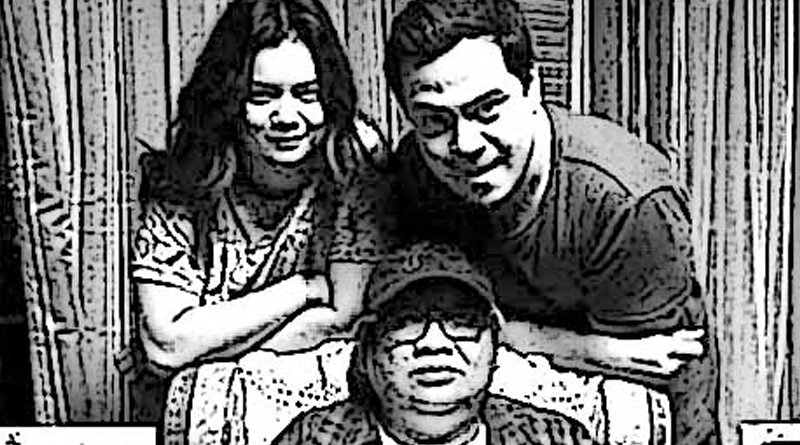 “HONOR THY FATHER”- Watch It

Imagine one past MMFF slapstick humor film dared to show the Holy communion host fall between the excessive cleavage of a church goer -and the whole cinema laughed at the desecration.Just to prove a point.

But super film director Erik Matti is a non-conventional director who would rather produce “reality” movies than those that merrily suspend disbelief. Thus, in his past film “On the Job” he tackled a sensitive but real Philippine issue: hard-core criminals inside Muntinlupa Â being used as assassins to murder business and political enemies of the rich and the powerful.

In “Honor Thy Father” ,another such indie film – Matti tells of the real life issue confronting the common masses today: the Ponzi or pyramiding scam, How the lack of opportunity and financial literacy drive Filipinos to entertain investing in scams that give P45,000 after 45 days) on an investment of P100,000.

How can one resist attraction to getting P1,000 a day -doing nothing?

The couple who acted as investment go-between are a do-gooder couple who just got caught in the middle of the scam-played ably by John Lloyd Cruz (Egay) and wife Faye (Meryll Soriano).

It was doubly difficult as the couple was still nursing their only child Angel (played by Kristel Brinner ) Â who was just suspended from class for poking a ball pen into the eyes of a male bully who tried to pester and molest her.

At first the couple continued to be civil and attended all the court cases lodged against them. Many others, however, became greedy and tried to impose penalties -such that their original obligation of P 2-Million became P 6-Million.

The final straw came when the investors kidnapped Angel – maltreated her and even cut her long hair in a grostesque way that the poor child went into depression and would not eat or go to school for fear of being laughed at.

This is where the docile, law-abiding Egay is transformed into an uncaged beast -in order to protect his precious family. Â What great lengths Â he went through to save the family as head of the family probably was the reason for the title ” Honor Thy Father”. Fathers will never let the familyÂ down.

He got himself a gun and tried to rob a small bank and failed. He tried to ask help from a very wealthy Bishop Â (bishop Tony played by Tirso Cruz III),who lived a duplicitous life- and Â who is hinted as skimming funds from the huge church collection for his personal usage.

When two large investors (Dan Fernandez and Yayo Aguila) threatened to kill them for non-payment- Egay swallowed his pride and went home to Bontoc to ask help from mother (Perla Bautista) whom he had left for city life.

There, the family siblings (who were all skilled miners) devised a plan to cut through earth into the vault of the bishop’s palace and carted away millions of collections/donations, with Egay taunting a sacristan “this is what is meant by the phrase that Â God provides”.

At the pay-off inside the forest, Egay found that Kaye was also kidnapped and brutally assaulted -half dead that Egay Â lost all his senses and killed Dan and Yayo (the predators)-and threw their bodies alongside the church money.

On the way home inside the pick-up, Faye dies in the arms of Egay.

By doing this movie as lead actor and co-producer, John Lloyd Cruz has stamped his class above the rest in Philippine cinema.

He literally shaved his hair (oblivious of his multi-million Â shampoo commercials with Angel Locsin) in order to save his child from psychological death- Â who was dreadfully ashamed of her hideous haircut. John Lloyd did it as it was “essential to the film”.

John Lloyd is just fresh from the showing of “A Second Chance” with the beautiful Bea Alonzo which has now grossed over half a billion pesos (P536-Million) the highest grossing film in the history of Philippine cinema.

“In Honor Thy Father” he has displayed once again the great sensitivity and depth as an actor that will set the bar for film actors from hereon.

More than that -the movie exposes the day-to-day evils in Philippine society, the wrong piety of people, the insatiable greed of capitalism and how an innocent -can become a force of evil- Â when faced Â with such Â grave circumstances that bedevils his life. It makes the viewers less judgmental about people.

The lead role was supposed to go to Dingdong Dantes- but the characterization ably suited John Lloyd to a T.No regrets , there.

We have only seen one other credibly good Filipino film “Heneral Luna” this year.

It is our hope that the next genre of Filipino creative films will center more on life and death issues such as this instead of being used as fodder for the people to forget their problems by giving them a circus which many of the MMFF films- all these years- have magnificently become.

To prove we are still mired in politics and moral compromises in society, the film “Honor Thy Father” was excludedÂ for the “Best Film Category” for a very flimsy reason which raised the hackles of both directors and film celebrities alike.

An unfair world very much like the world that Egay, Kaye and Angel tragically lived in.