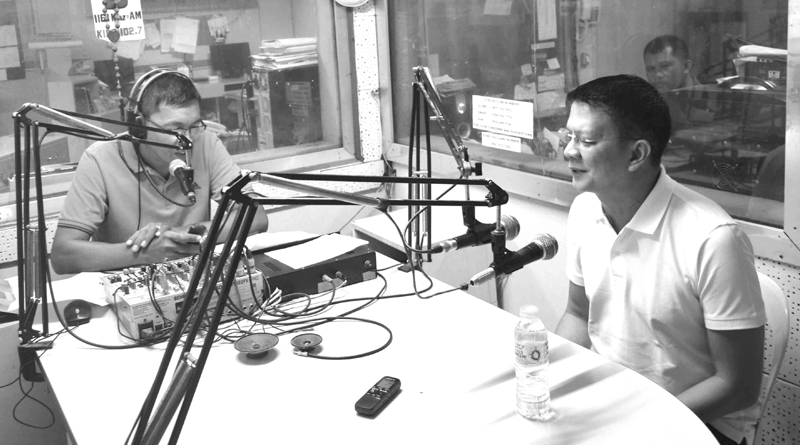 Partido Galing at Pusoâ€™sÂ independent presidential entry to the May elections expressed optimism that jurisprudence will spare the standard-bearer, Sen. Grace Poe, from disqualification stunts of rivals, now that the question on her residency and citizenship is already at the Supreme Court level.

Poe and her runningmate, Sen. Chiz Escudero, said they are now making rounds in different parts of the country to clarify the disqualification issues and to explain the rule of law amid speculations that she has already been dropped in the race for the top position of the government.

Escudero clarified that the Supreme Courtâ€™s order is clear to hold the Comelec from disqualifying Poe outright, and to include her name in the ballots.

Poe, for her part, said it is part of their Bohol round to also see what specific means they could offer to Boholanos if she would be given a chance to a MalacaÃ±ang sting.

During the press conference at Miravilla Resort on January 7, Poe clarified that she is still a candidate and expressed optimism that the Supreme Court will honor jurisprudence on the rights of foundlings to a country and citizenship.

Poe also hopes the Supreme Court will carefully look into the facts of her residence and actual physical presence in the country.

She issued the statement when asked for comment on the recent decision of the Supreme Court to issue a temporary restraining order on two rulings by the Commission on Elections cancelling her certificate of candidacy.

The TRO prevents the Comelec from implementing Poeâ€™s disqualification and from removing her name from the ballot which means she is still a candidate for president.

Now that the case has reached the final battleground, Poe expressed confidence that the Supreme Court will uphold the truth and the spirit of the Constitution as she had, from the start, put her full faith in the judicial process.

For his part, Escudero said he trusts the Magistratesâ€™ unquestionable wisdom and integrity will finally settle the questions surrounding Poeâ€™s qualifications to run for president.

He said the Comelec decision is against the spirit and intent of the Constitution pertaining to natural-born Filipinos, inclusivity and diversity.

On administration presidential bet, Rep. Leni Robredoâ€™s statement that those who had once renounced their citizenship must not run for president, Poe said she respects Robredoâ€™s opinion.

Poe, however, citedÂ Republic Act 9225 or theÂ Citizenship Retention and Re-acquisition Act of 2003, more known asÂ Dual Citizenship Law of 2003, that is contrary to Robredoâ€™s opinion.

TheÂ Dual Citizenship Law of 2003 provides that â€œformer Filipinos who became naturalized citizens of foreign countries are deemed notÂ to have lost their Philippine citizenship, thus enabling them to enjoy all the rights and privileges of a Filipinoâ€.

In citing the spirit of the law, Poe said millions of Filipinos are abroad for lack of opportunities here and the law has been intended to recognize that they are still Filipinos by heart.

It also allows those who retain or re-acquire Philippine citizenship under such law to â€œenjoy full civil and political rightsâ€¦, exercise their right of suffrageâ€, seek elective position.

Poe also reported to Boholanos that even as she has been regarded as new to public service, she had already accumulated a heap of accomplishments in her first two years in the Senate.

She managed to author two new laws—RA 10640 or the Free Mobile Texts During Disasters Act, and RA 10640 which streamlines the â€œThree-Witness Ruleâ€ of the Dangerous Drugs Act.

Poe also gained commendation for her â€œmasterful handlingâ€ of the Mamasapano and MRT hearings.

She also made her mark during the Senate investigation into the Napoles PDAF scam and PNP-Werfast Deal.

Her privilege speech on the â€œHello Garciâ€ scandal and child malnutrition focused media attention on election fraud and the plight of under-nourished children in the country.

Poe also fought to increase the budget for supplemental feeding program for stunted and severely-wasted children under the General Appropriations Act.

For his part, Escudero reported that the fourth round of the salary increase for government employees under the Salary Standardization Law has already been included in the national budget.

On the other hand, the proposed law on the increase on pensions of retired SSS members has already been submitted to the President for signature, and if not acted within 30 days upon receipt will automatically becomes a law as if the President has signed it, unless the President vetoes it.

Meanwhile, Escudero belied reports that he might just leave Poe when things get worse, as he pointed out that they are the only presidential tandem who are real friends, saying that the other tandems only became friends at this election season.

Escudero said his and Poeâ€™s families have been long-time friends for a decade already and they have journeyed together as individuals and in their political careers.

Their friendship cannot just be destroyed by the intrigues hurled by other political parties, he said.

In fact, Escudero served as spokesperson of Poeâ€™s father, the late Fernando Poe Jr. when the latter ran for president in 2004, while Poe was the veil sponsor of the wedding of Escudero and actress Heart Evangelista.