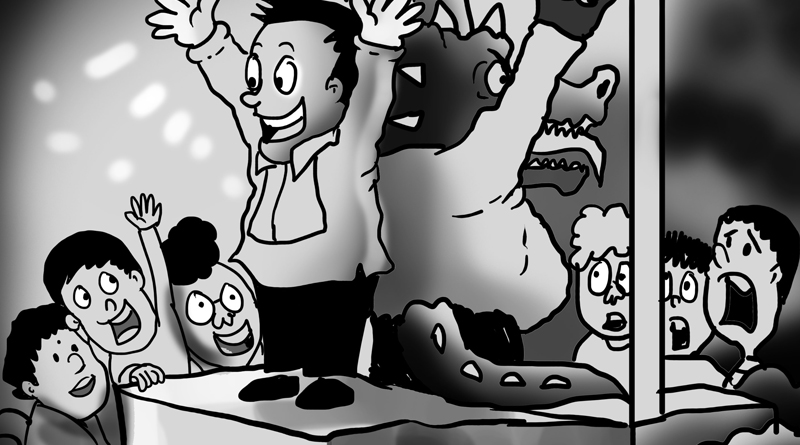 DURING Â AN ELECTION YEAR,Â one must be wary of the Game of Glass and Mirrors.Â  Reality is often clouded by a Â propaganda spin. Mirrors often Â reflect what perception spin masters want to create. Perception then – often substitutes for reality.

Table glasses are seen as either half full or half empty, depending on the beholder.

This can be best gleaned in the recent brouhaha whether the Government has done enough -or too little – in Bohol’s earthquake rehabilitation and poverty alleviation.

Allow us to put all these into context by analyzing the nature of President Aquino as leader of the nation. From whom the followers take their cue.He is infinitely proud of the fact that “The Philippines is no longer the Poster Boy of Corruption” because of hisÂ Daang Matuwid.

He himself, in his obsession with anti-graft, declared that money spent in corrupted means is worse than not being spent at all.

This is the context,perhaps, why the national government has often been clubbed down as “under spending”, emaciating the GDP growth at times. That could explain the slow-pace in the rehabilitation efforts after Super earthquake 7.2 in October of 2013 that claimed over 200 lives and 8 missing, P 1.3-Billion infrastructure damage and hundreds of homes collapsed.

Provincial Administrator Ae Damalerio summarized it succinctly as a constant struggle between “transparency and urgency”- a virtual high wire act that a public servant- acrobat cannot afford to fall from.

There are wrong and right figures. There are outdated and current ones. We let the reading public discern the facts below and decide whether government is turtle-paced or good enough.

The Regional 7 DILG- 16 months ago or Â exactly in August 2014- downloaded P 2.3-Billion worth of BEA (Bohol Earthquake Assistance) to the Bohol provincial government. Do you see enough accomplishments?

The right current figures is that 505 of the 1079 projects Â or slightly over 50% have been finished , 297 on-going and the rest of 139 still being validated. Is this good or bad, you decide.

Of the scores of sub-projects, 32 of the 65% approved have been accomplished; 27% under procurement and the rest for preparation. Passing grade?

No politician or public servant wants to unnecessarily delay the rehabilitation of our own Â disadvantaged countrymen. The Â Bohol LGUs are ill-equipped to handle the documentary requirements of transparent budgeting- Â so 34 engineers were shipped by DILG to help. Is this number enough?Did they deliver what they should- as then DILG Mar Roxas wanted them to do so?

The BEA Funds,we are certain, are not commingled with other government funds.Â  One way to check is determine the balance left in the bank account of BEA; the converse ratio of such balance should roughly represent the percentage of Â accomplishment.

After all, it was the Bohol governance who designed the amount needed under the Post Earthquake Rehab Plans.

Binay said instead of aborting, he will expand the 4P’s project of the government that directly affects the poorest Â of the poor. No one looks now at former president GMA who was the original instigator of the 4″Ps which, of course, she borrowed conceptually Â from Brazil. In fairness to all and sundry.

In fairness,too, Escudero and Cayetano are both right in saying the 4P’s could be palliatives because they do not have a “livelihood component’. DSWD secretary Dinky Soliman counters Â the government has such livelihood programs but not under the 4P’s.

But then , again, all three of them are correct.

Romualdez allegedly hit the slow paced rehab in Bohol, recanted his accusation and said he would move for congressional initiatives to fast track disaster rehabilitation programs. Well, he should- because his home province Leyte has a Â worse record than Bohol in this respect and he is one of their congressmen. NoÂ mea culpa there?

The most credible accusation against both Bohol and Leyte rehab scores should be that coming from Â former senator Lacson because he is former Rehab Czar.Â  But he knows the stories behind why rehabs Â can monumentally take time- more than any one else. His criticism should be given sound value.

There are government lapses, no doubt.Â  For instance, Â the COA (Commission of Audit) reports that in 2013 some P 28-M for disaster victim funds Â remained unutilized at the end of the budget year; a bigger P141-M in 2014. Millions of food packs and sacks of rice were recently Â buried in Leyte -un-distributed and no longer good for human consumption. Whose fault?

In the Office of the Civil Defense (OCD) Â some close to P1-Billion in funds remain unutilized to this day ( after growing larger every year)-and that office is the Â disbursing arms of the NDRRMC (disaster risk management office). Are they still eligible for spending for 2016 under GAA rules? (COA findings)

The question that seethes under these- whether unspent or overlooked- is that the price to pay is -uniformly- the prolonged misery of those who need the funds the most-the disaster victims.

Whatever the real score- perception or reality is- there is no doubt that we all need to bring the Rehab release of funds up to speed.Â  There is no make haste slowly here.

In matters of distress alleviation, Â our opinion is we would rather err on the side of compassion. What is your opinion? Write us,