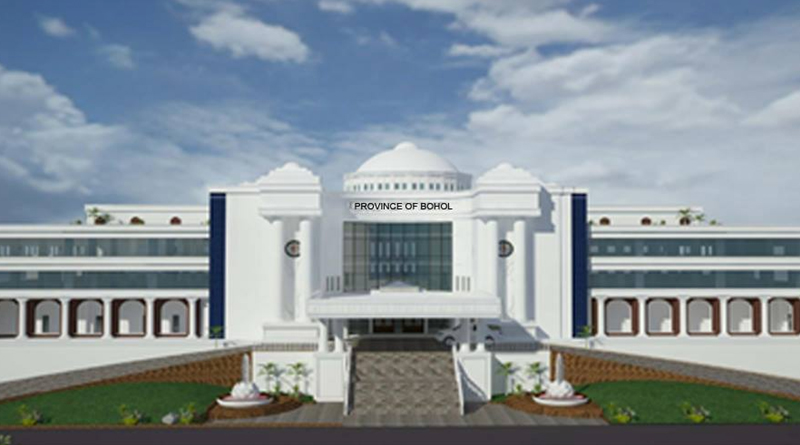 Boholâ€™s Â faster growth Â potential is not Â surprising as the province ably under Gov. Edgar Chatto keeps major developments on track and ensures more economic accelerators to Â get in.

Progressive indications have been consistent to heighten beyond the May election to Boholanos Â which, can lead to a Â third and final term for the incumbent governor.

The Boholanos have welcomed the innovative infrastructure agenda topped by Bohol provinceâ€™s priority inclusion in the P6.5 billion national KALSADA Program this year.

The final full concreting of the Antequera-San Isidro-Tubigon (via Libertad), Catigbian-Sagbayan (via Canmano), and Anda roads, the latter connecting Candijay, is undertaken under the road nationalization and tourism road convergence programs allowed by Chatto laws when he was congressman.

A landmark P700 million provincial government complex, which bidding has just been done, is soon rising, giving an imposing face to the institution of a far more efficient Bohol governance.

Of no known equal before and distinct from the road nationalization and tourism road convergence schemes, the KALSADA obliges a national counterpart far bigger than how much is the provinceâ€™s equity to rehabilitate the local roads, Chatto said.

Because funding is no longer a sole heavy load on the province, the millions that capitol saves yearly due to the huge national KALSADA counterpart are to be thus spent for other vital hard projects, socio-economic activities and basic services.

The savings will benefit agriculture, health, education, job generation, livelihood and other more that most or equally matter to sustainable development and inclusive growth.

The bidding has been done, according to the DPWH, and the entire project could cost P700 million with the remaining half guaranteed under a multi-year allocation authority so that it cannot be affected by the change of national administration.

The Spanish-era capitol building, a heritage structure, fronting Plaza Rizal and St. Joseph Cathedral was affected by the strong earthquake and is now undergoing repair, renovation and preservation for use as an important branch of the National Museum.

To its back is the house of the late Pres. Carlos P. Garcia which has itself been converted into a museum, thus providing the visitors a perfect cultural heritage tourism walk.

In Panglao, the new Bohol airport is under construction for completion in 2017 and projected to accommodate a million passengers, including domestic and foreign tourists, every year, zooming Bohol to a grander height.

In their talk, officials of the Civil Aviation Authority of the Philippines (CAAP) told the governor of their seriousness to Boholâ€™s bid for yet another airport, although a small one, in Ubay for general aviation use.

Chatto recently met with the officials of CAAP and Philippine Airlines (PAL) on the latterâ€™s repeated intent to establish weekly South Korea-Bohol flights.

This tourism economy accelerator can get into motion even yet without the Panglao airport used because of the expansion of the existing Tagbilaran City airport thru the newly-finished emergency landing pad.

Chatto Â welcomed PAL President Jaime Bautista who Â joined in the photograph session of the Bohol delegation to the one-week ASEAN Tourism Forum, which will end tomorrow,Â  at the SMX Convention Center in Pasay City

In anticipation of the Panglao airport operation that can cause heavy land traffic, Chatto said the DPWH secretary already directed his district men to revisit the surrounding and lateral areas for widening of barangay roads and easy access.

This is in harmony with the road development plan designed by the Japanese Airport Consultants (JAC), which assists the airport project mainly funded thru the Japanese International Cooperation Agency (JICA).

National agencies, and even foreign institutions, are more inspired to support impact projects especially in areas where local leaders are hard workers and Â credible, according to cabinet officials.

One proof of Â this time is Â in agriculture where Â the National Irrigation Administration (NIA) has over P606 million this year for Boholâ€™s different irrigation and related enhanced farm productivity and food sufficiency programs and activities.

Further, the national government has supported the bold plan constructing a dream bridge that connects the island-town of Pres. Garcia, formerly Pitogo, to mainland Bohol via Ubay.

Feasibility studies not just for it but also for a third bridge linking Panglao island and Tagbilaran City are being worked on.

On the continuing recovery, the government building and public structure reconstruction accomplishment has gotten substantial and dramatic under the P2.3 billion Bohol Earthquake Assistance (BEA) Fund.

The International Office for Migration (IOM) and national government, thru the DSWD, has partnered to build the remaining balance of the thousands of earthquake core housing units originally contracted between the national government and Habitat.

The IOM-DSWD tie-up is hoped to act with dispatch as the province cannot allow the concern of the remaining homeless to linger even if the constraints met by the Habitat in the reconstruction have been understood.

Total recovery pursuant to the â€œBuild Back Bohol Betterâ€ agenda includes the rise of a new Gallares Hospital, more known as the Provincial Hospital which existing structure was also quake-affected, with double capacity, additional facilities and upgraded competence.

The provincial government itself has levelled up its modernization program for its devolved hospitals in 10 strategic municipalities in the three congressional districts.

Natureâ€™s unpredictable might and the climate change now defined by the heightening dry spell are serious threats while the effects of the epic earthquake and other recent calamities are still evident in spite of the amazing Boholano resilience.

Chatto said the PAGASA is establishing in Bohol a P100 million radar station and complementing warning devices, a disaster-preparedness necessity confirmed by PAGASA Administrator Vicente Malano in the meeting of the Provincial Development Council (PDC).

Chatto said the changes and challenges only tell the Boholanos to move on and get far onward to their most desired prosperity.

This is precisely why the road programs are so vital in achieving inner, wider socio-economic gains that can pell inclusive growth.

A network of concreted or better provincial roads is essential as it links to economic development and growth areas, allows access to basic services and serves as an important conduit during conflicts, crises and calamities.

The governorsâ€™ league insiders considered Chatto as the â€œwind beneath the wingsâ€ of the KALSADA, also described as an unprecedented regular annual national incentive for local road management in the country.

The League of Provinces of the Philippines (LPP) had tasked the Bohol governor to head its technical working group crafting the road scheme.

Chatto pushed the program up in lobbying with the national government for KALSADAâ€™s approval and funding, which is now part of the General Appropriations Act (GAA).

He inspected last week the near-total completion of the concreting of the Balilihan-Hanopol-Batuan road, which was nationalized under Republic Act (RA) 10040 which Chatto then authored in Congress.

His other laws, RA 9992 and RA 9345, respectively nationalized the Antequera-San Isidro-Tubigon road and Panglao island circumferential road, the latter in preparation for the modern airport of international standard.

The project for the concreting of the Ubay-Bayabas-Mabini-Candijay road to Anda is yet one more proof to another Chatto masterstroke, the tourism road convergence program.

The program also secures national funds for local roads pursuant to Republic Act 9593, the National Tourism Act of 2009, which he then also authored in Congress.Â (Ven rebo Arigo)