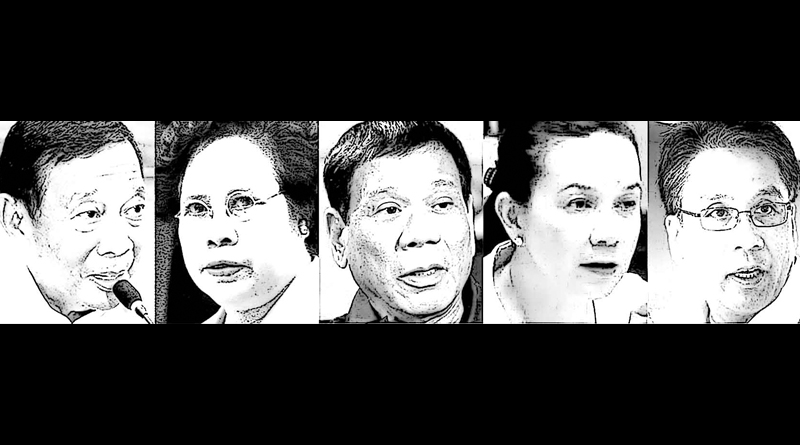 ‘COURAGE, INTEGRITY ,LOYALTY”Â is the time-honored Motto of the Philippine Military Academy (PMA) based in Baguio City. The PMA is an offspring of the “Academia Militar” Â started in 1908 in the Intramuros and was declared legally constituted in 1935.

Doubtless, many PMA graduates have performed as ” the best and brightest” for the institution over these many years past. Indeed, its graduates are deemed the “cream of the crop”- married well and became strong pillars in the public and private sector in their latter years.

However, the Â recent string of cases in the Aquino administration have brought many of these distinguished PMA graduates in bad light. Carrying the name of the institution down with them.

Sacked from their positions of service in June 2015 were General Alan Purisima (PMA 1981) Â  –once a PNP chiefÂ and Supt Raul Petrasanta Â (PMA 1984) , former Regional commander of the PNP Central Luzon Office. Â Both were implicated in the tainted courier deal given to Werfast to do deliveries of firearm licenses- without being duly accredited.

In the Werfast deal, there were numerous complaints of either they )firearm owners) Â not receiving their licenses or exposed alleged ghost deliveries.

Both Â generals were especially close to the Aquino family – Alan to president Noynoy Aquino and Raul to the late president Cory Aquino.

Petransanta, on other hand, is reportedly involved in the clandestine disappearance of over 1,000 A-47 Â  automatic weapons from the military weaponry and some were allegedly traced to having been sold to the Muslim rebels. A clear case, if true, of not just “sleeping with the enemy ” but immensely benefiting from them- financially.

In the Mamapasano incident, General Gertulio Napenas (PMA `1982), commander of the Special Action Forces (SAF) Â is now running for the Senate under the opposition banner of the UNA (United Nationalist Coalition) of vice president Jojo Binay. In the first and second Senate hearings on the bloody incident, Gen Napenas was painted as an “incompetent SAF leader” with a warped mindset while planning and executing Oplan Exodus that also, fortunately, resulted in the deaths of terrorists Marwan of Malaysia and his Â Filipino sidekick Â Usman.

There was great rejoicing in the Pentagon with the assassination of Marwan , a Malaysian bombing expert, though the bounty prize of US$7-Million (about P350-Million) remained unclaimed Â as offered by the US Federal authorities.

Napenas is charged for not “having coordinate with the AFP” on the Mamasapano assault and only gave the “actual location date” to the AFP Â only late in the afternoon- when many SAF men were already massacred. He had always hinted there was “mutual distrust” between the PNP (SAF) and the Army that could have led to the weak coordination efforts in the Mamasapano deal.

He mentioned there were 10 aborted would-be -assaults on terrorists Â (before the Marwan death) when the PNP (SAF) tried to coordinate with the Army; there is a hint Â -attack plans are needlessly leaked to the enemy to the detriment of the attacking forces.

Finally, there is Lt Col Ferdinand Marcelino Â (PMA 1997), a once decorated PDEA (anti drug officer) who was responsible for drug-busting the once “untouchable ” Alabang Boys and the humongous drug laboratory in Carmeling, Tarlac yielding a huge P3-Billion in prohibited drugs.

It was gathered that mysteriously the “Alabang Boys” were acquitted for “lack of evidence” of which many officers complained could have materialized with “P50-Million” in bribe money changing hands not just to the prosecutors.

Marcelino was then Â rehired by his mother unit – the Philippine Navy until his retirement.

Two weeks ago , PDEA operatives swooped down on a drug laboratory in Sta Cruz Manila and accosted a Chinese national Yan Yo Sun Â (and others) Â with close to P 400-Million in Â banned illegal drugs and assorted firearms. Â The biggest story that shocked the whole community was the presence of Lt Col Marcelino inside the lab premises- suggesting he could get free access or had keys to the illicit headquarters. Marcelino was likewise arrested-though he was not in the “order of battle” in the warrants of arrest.

Marcelino Â tried to argue that he was on a “mission order” to penetrate the drug syndicate but what he could Â only offer was such an order that “expired two years ago”. There were denials here and there and a popular theory is that Â Marcelino was set up by PDEA people and drug personalities he had stepped on in his previous anti drug war. Or are all those true?

For now, the colonel remains under the Â custody of the authorities.

The four above are indeed products of the best military training Â school in the country- the Philippine Military Academy. That was, in fact, Â probably one of the reasons why Â they were given enormous responsibility in the exercise of their duties.

But as Spider Man famously said: with great powers- Â come great responsibilities. Some of them – if Â finally convicted- may have forgotten the time-honored motto of their academy: “Courage, integrity and loyalty.” Such a pity and a waste of talent.